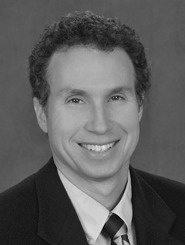 Dr. Andrew Newberg is Director of Research at the Myrna Brind Center for Integrative Medicine at Thomas Jefferson University Hospital and Medical College. He is also Adjunct Assistant Professor in the Department of Religious Studies at the University of Pennsylvania. He is Board-certified in Internal Medicine and Nuclear Medicine. He is considered a pioneer in the neuroscientific study of religious and spiritual experiences, a field frequently referred to as – neurotheology. His work attempts to better understand the nature of religious and spiritual practices and experiences. This has been compiled into his latest book, Principles of Neurotheology, which reviews the important principles and foundations of neurotheology. Believing that it is important to keep science rigorous and religion religious, he has engaged the topic like few others. He has been fascinated by the implications of this research for the study of the mind, brain, consciousness, morality, theology, and philosophy. He has also been particularly interested in the relationship between the brain, religion, and health. His research has included brain scans of people in prayer, meditation, rituals, and various trance states. He has also performed surveys of people's spiritual experiences and attitudes. Finally, he has evaluated the relationship between religious and spiritual phenomena and health. This includes a recent study on the effect of meditation on memory.

In his career, he has also actively pursued neuroimaging research projects on the study of aging and dementia, Parkinson's disease, depression, and other neurological and psychiatric disorders. He has also researched the neurophysiological correlates of acupuncture, meditation, and alternative therapies, and how brain function is associated with mystical and religious experiences. Dr. Newberg helped develop stress-management programs for the University of Pennsylvania Health Systems and received a Science and Religion Course Award from the Center for Theology and the Natural Sciences for his program entitled "The Biology of Spirituality" in the Department of Religious Studies, University of Pennsylvania. He is currently teaching a course in the Department of Religious Studies entitled, “Science and the Sacred: An Introduction to Neurotheology.”

Dr. Newberg has published over 150 research articles, essays and book chapters, and is the co-author of the best selling books, Why God Won't Go Away: Brain Science and the Biology of Belief (Ballantine, 2001) and How God Changes Your Brain: Breakthrough Findings from a Leading Neuroscientist (Ballantine, 2009). He has also published, Principles of Neurotheology (Ashgate, 2011) Why We Believe What We Believe (Ballantine, 2006), and The Mystical Mind (Fortress Press, 1999). He has presented his research throughout the world in both scientific and public forums. He appeared on Nightline, 20/20, Good Morning America, ABC's World News Tonight, National Public Radio, London Talk Radio and over fifteen nationally syndicated radio programs. His work has been featured in Time, Newsweek, the Los Angeles Times, the Washington Post, the Philadelphia Inquirer, and many other newspapers and magazines. An overview of his work can be viewed at on this site.
Format
paperback
Language
english
Condition
new
used

Books By Andrew B. Newberg 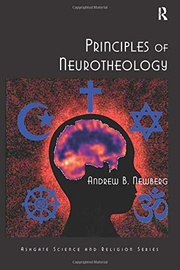 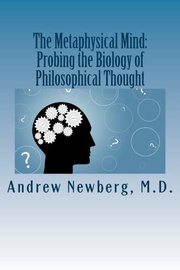 The Metaphysical Mind: Probing the Biology of P...