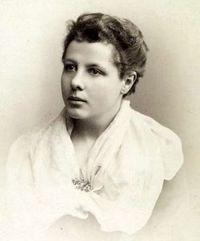 She married aged 20 to Frank Besant, but separated from him over religious differences. She then became a prominent speaker for the National Secular Society (NSS) and writer and a close friend of Charles Bradlaugh. In 1877 they were prosecuted for publishing a book by birth control campaigner Charles Knowlton. The scandal made them famous, and Bradlaugh was elected M.P. for Northampton in 1880.

She became involved with union actions including the Bloody Sunday demonstration and the London matchgirls strike of 1888. She was a leading speaker for the Fabian Society and the Marxist Social Democratic Federation (SDF). She was elected to the London School Board for Tower Hamlets, topping the poll even though few women were qualified to vote at that time.

In 1890 Besant met Helena Blavatsky and over the next few years her interest in theosophy grew while her interest in secular matters waned. She became a member of the Theosophical Society and a prominent lecturer on the subject. As part of her theosophy-related work, she travelled to India. In 1898 she helped establish the Central Hindu College and in 1922 she helped establish the Hyderabad (Sind) National Collegiate Board in Mumbai,India . In 1902, she established the first overseas Lodge of the International Order of Co-Freemasonry, Le Droit Humain. Over the next few years she established lodges in many parts of the British Empire. In 1907 she became president of the Theosophical Society, whose international headquarters were in Adyar, Madras, (Chennai).

She also became involved in politics in India, joining the Indian National Congress. When World War I broke out in 1914, she helped launch the Home Rule League to campaign for democracy in India and dominion status within the Empire. This led to her election as president of the Indian National Congress in late 1917. After the war, she continued to campaign for Indian independence and for the causes of theosophy, until her death in 1933.

She fought for the causes she thought were right, starting with freedom of thought, women's rights, secularism (she was a leading member of the National Secular Society alongside Charles Bradlaugh), birth control, Fabian socialism and workers' rights.

Once free of Frank Besant and exposed to new currents of thought, she began to question not only her long-held religious beliefs but also the whole of conventional thinking. She began to write attacks on the churches and the way they controlled people's lives. In particular she attacked the status of the Church of England as a state-sponsored faith.

Soon she was earning a small weekly wage by writing a column for the National Reformer, the newspaper of the NSS. The NSS stood for a secular state and an end to the special status of Christianity, and allowed her to act as one of its public speakers. Public lectures were very popular entertainment in Victorian times. Besant was a brilliant speaker, and was soon in great demand. Using the railway, she crisscrossed the country, speaking on all of the most important issues of the day, always demanding improvement, reform and freedom.

For many years Besant was a friend of the National Secular Society's leader, Charles Bradlaugh. Bradlaugh, a former soldier, had long been separated from his wife; Besant lived with him and his daughters, and they worked together on many issues. He was an atheist and a republican; he was also trying to get elected as Member of Parliament (MP) for Northampton.

Besant and Bradlaugh became household names in 1877 when they published a book by the American birth-control campaigner Charles Knowlton. It claimed that working-class families could never be happy until they were able to decide how many children they wanted. It suggested ways to limit the size of their families.
Format
paperback
Language
english
Condition
new
used 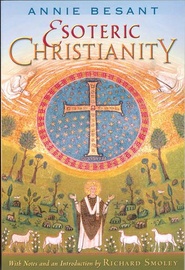 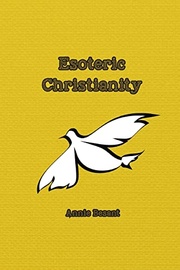