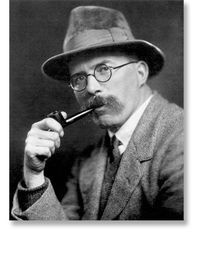 Arthur Michell Ransome was an English author and journalist. He was educated in Windermere and Rugby. His family spent their summers at Nibthwaite, to the south of Coniston Water.

In 1902, Ransome abandoned a chemistry degree to become a publisher's office boy in London. He used this precarious existence to practise writing, producing several minor works before Bohemia in London (1907), a study of London's artistic scene and his first significant book.

An interest in folklore, together with a desire to escape an unhappy first marriage, led Ransome to St Petersburg, where he was ideally placed to observe and report on the Russian Revolution. He knew many of the leading Bolsheviks, including Lenin, Radek, Trotsky and the latter's secretary, Evgenia Shvelpina. These contacts led to persistent but unproven accusations that he "spied" for both the Bolsheviks and Britain.

Ransome married Evgenia and returned to England in 1924. Settling in the Lake District, he spent the late 1920s as a foreign correspondent and highly-respected angling columnist for the Manchester Guardian, before settling down to write Swallows and Amazons and its successors.

Today Ransome is best known for his Swallows and Amazons series of novels, (1931 - 1947). All remain in print and have been widely translated. 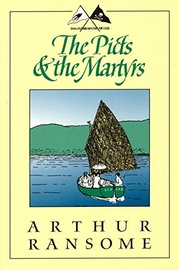 The Picts & the Martyrs (Swallows and Amazons) 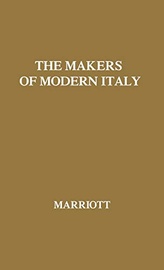 The Makers of Modern Italy