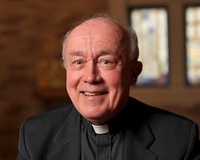 Brian Edward Daley, S.J. (born in 1940) is an American Catholic priest and theologian. He is currently the Catherine F. Huisking Professor of Theology at the University of Notre Dame and was the recipient of a Ratzinger Prize for Theology in 2012.
Daley's primary academic field is Patristics, the study of the Fathers of the Church. The Patristic topics on which he has published include Christology, eschatology, Mariology, philanthropy, and scriptural exegesis.

In addition to his academic commitments, Daley is active in ecumenical dialogue and serves as the executive secretary of the North American Orthodox-Catholic Theological Consultation.

Daley was born in 1940 in Orange, New Jersey, USA.[citation needed] He attended the Jesuit-run St. Peter's Preparatory School and did his first undergraduate degree at Fordham University, where he received a B.A. in Classics in 1961. Daley was the first Fordham alumnus to receive a Rhodes Scholarship, which he used to read Literae Humaniores (also known as "Greats") at Merton College, Oxford. While there, he was tutored by the philosopher J. R. Lucas. He obtained a B.A. in 1964 and entered the Society of Jesus the same year.

After receiving a Ph.L. at Loyola Seminary (Shrub Oak, New York) in 1966, Daley returned to Oxford and obtained an M.A. in 1967.[6] He was ordained a priest in 1970 and then traveled to Frankfurt, where he studied at the Sankt Georgen Graduate School of Philosophy and Theology and worked as the research assistant of Aloys Grillmeier, S.J. In 1972, he earned a Lic.theol. from Sankt Georgen, after which he returned to Oxford again to pursue a D.Phil. at Campion Hall under the supervision of Henry Chadwick.[8] He defended his thesis, entitled "Leontius of Byzantium: A Critical Edition of his Works, with Prolegomena," in 1978. His examiners were Kallistos Ware and Lionel Wickham.

From 1978 to 1996, Daley taught at the Weston School of Theology. In 1996, took a position at the University of Notre Dame, where he is currently the Catherine F. Huisking Professor of Theology. He was president of the North American Patristics Society from 1997 to 1998.

Daley has long been committed to ecumenical dialogue and was one of the signatories of the 2003 "Princeton Proposal for Christian Unity," which was sponsored by the Center for Catholic and Evangelical Theology. He is also the current executive secretary for the North American Orthodox-Catholic Theological Consultation, which is co-sponsored by SCOBA, the USCCB, and the CCCB.

Honors and awards
A Festschrift was published in Daley's honor in 2008.Notable contributors include Lewis Ayres, John Anthony McGuckin, and Rowan Williams.
Daley received the Ratzinger Prize for Theology on October 20, 2012.

At the conferral ceremony, Pope Benedict XVI praised Daley for his ecumenical work with the following words: "Father Daley, through his in-depth study of the Fathers of the Church, has placed himself in the best school for knowing and loving the one and undivided Church, though in the richness of her diverse traditions; for this reason, he also performs a responsible service in relations with the Orthodox Churches." The other recipient of the Ratzinger Prize in 2012 was the French philosopher Rémi Brague.

In 2013, Daley was awarded the Johannes Quasten Medal by the School of Theology and Religious Studies of the Catholic University of America
Format
hardcover
paperback
Language
english
Condition
new
used 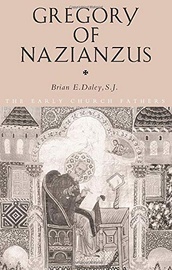 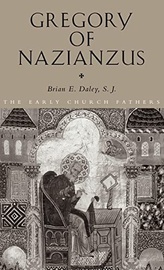