Carmela Martino is an author, speaker, and writing teacher. She wrote the middle-grade novel, Rosa, Sola (Candlewick Press), while working on her MFA in Writing for Children and Young Adults.  The novel received a starred review from Booklist magazine and was named to their list of “Top Ten First Novels for Youth:  2006.” Her second novel, the historical romance Playing by Heart (Vinspire Publishing), has received numerous awards, including the Catholic Arts and Letters Award (CALA). Carmela’s credits for teens and tweens also include short stories and poems in magazines and anthologies. Her articles for adults have appeared in such publications as the Chicago Tribune, Writer’s Digest, and multiple editions of the Children’s Writer’s and Illustrator’s Market (Writer’s Digest Books). She has taught adult writing workshops at the College of DuPage since 1998. She also teaches writing classes for both children and adults at the Mayslake Peabody Estate in Oak Brook, IL. Carmela co-founded www.TeachingAuthors.com, a blog by six children’s authors who are also writing teachers. For more about Carmela, visit her website, www.carmelamartino.com.
Condition
new
used

Books By Carmela A. Martino 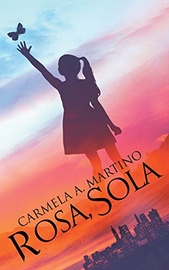