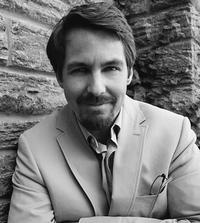 Dr. Chad Pecknold received his PhD from the University of Cambridge (UK) and since 2008 he has been a Professor of Historical & Systematic Theology in the School of Theology at The Catholic University of America in Washington, DC. He teaches in the areas of fundamental theology, Christian anthropology, and political theology. Pecknold is the author of a number scholarly articles and books including most recently, Christianity and Politics: A Brief Guide to the History (Cascade 2010) and The T&T Clark Companion to Augustine and Modern Theology (Bloomsbury, 2014). Dr. Pecknold is also a frequent contributor to debates in the public square, writing regular columns for First Things & National Review on a range of topics related to the importance and impact of Church teaching on social and political questions.

Professor Pecknold is frequently sought after for his opinion on current events, and has been quoted in hundreds of news outlets around the world such as The New York Times, The Wall Street Journal and The Washington Post. He has appeared as an invited guest on radio and television shows such as NPR’s “All Things Considered,” Vatican Radio, Al Jazeera America, BBC World News, ABC News, FOX News, CNBC Squawk Box, and he is a regular contributor on EWTN News Nightly offering his clear analysis and expert opinion on the Catholic Church, the papacy, and the relationship between the Church and politics in American culture.

A self-described "Augustinian-Thomist," Pecknold is an Associate Editor for the English Edition of the international Thomistic journal of theology, Nova et Vetera, and co-edits with Fr. Thomas Joseph White, O.P., the new Sacra Doctrina series at Catholic University of America Press. Dr Pecknold is currently writing a book on Augustine’s City of God.

Professor Pecknold resides in Alexandria, VA with his wife, Dr. Sara Pecknold(who teaches Music history at CUA) and their three kids Will, Cate and Jack.
FILTER BY
SORT BY
Sort By