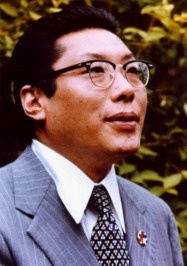 Vidyadhara Chögyam Trungpa Rinpoche (Tibetan: ཆོས་ རྒྱམ་ དྲུང་པ་ Wylie: Chos rgyam Drung pa; also known as Dorje Dradul of Mukpo, Surmang Trungpa, after his monastery, or Chökyi Gyatso, of which Chögyam is an abbreviation) was a Buddhist meditation master, scholar, teacher, poet, and artist. He was the 11th descendent in the line of Trungpa tulkus of the Kagyü school of Tibetan Buddhism. He was also trained in the Nyingma tradition, the oldest of the four schools, and was an adherent of the rimay or "non-sectarian" movement within Tibetan Buddhism, which aspired to bring together and make available all the valuable teachings of the different schools, free of sectarian rivalry.

Trungpa was a significant figure in the dissemination of Tibetan Buddhism to the West, founding Naropa University and establishing the Shambhala Training method, a presentation of the Buddhadharma largely devoid of ethnic trappings. In 1963, he moved to England to study comparative religion, philosophy, and fine arts at Oxford University. During this time, he also studied Japanese flower arranging and received an instructors degree from the Sogetsu school of ikebana. In 1967, he moved to Scotland, where he founded the Samye Ling meditation centre.

Shortly thereafter, a variety of experiences—including a car accident that left him partially paralyzed on the left side of his body—led him to give up his monastic vows and work as a lay teacher. In 1969, he published Meditation in Action , the first of fourteen books on the spiritual path published during his lifetime. The following year he married Diana Pybus and moved to the United States, where he established his first North American meditation centre, Tail of the Tiger (now known as Karmê-Chöling) in Barnet, Vermont.

In 1986, he moved to Nova Scotia, Canada, where hundreds of his students had settled. That Autumn, after years of heavy alcohol use, he had a cardiac arrest, and he died of heart failure the following Spring. His legacy is carried on by his son, Sakyong Mipham Rinpoche, under the banner of Shambhala International and the Nalanda Translation Committee.
Format
paperback
hardcover
mp3 cd
Language
english
Condition
used
new 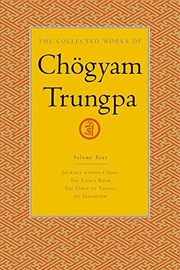 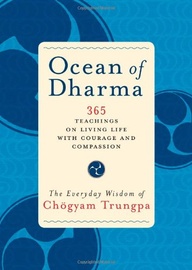 Ocean of Dharma: The Everyday Wisdom of Chogyam... 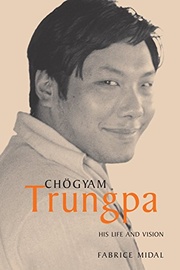 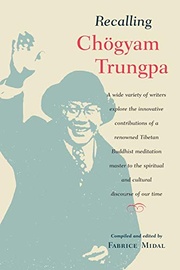 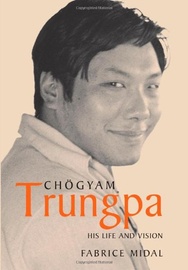 Chogyam Trungpa: His Life and Vision 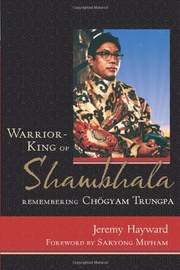 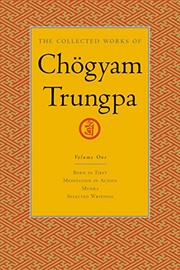 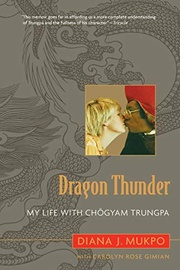 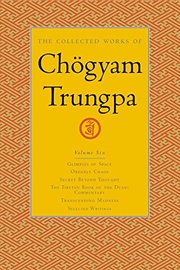 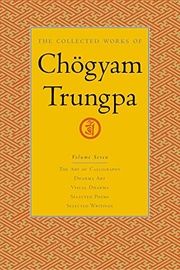 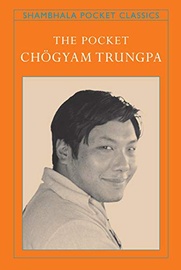 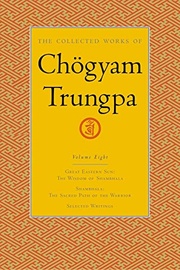 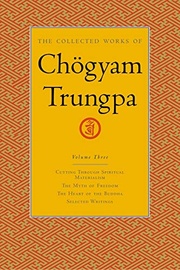 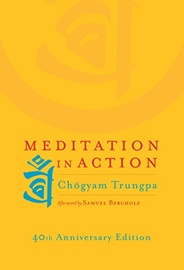 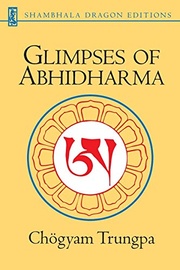 Glimpses of Abhidharma: From a Seminar on Buddh... 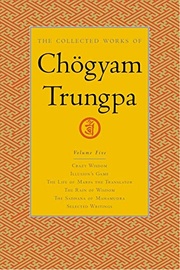 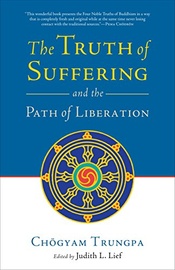 The Truth of Suffering and the Path of Liberation 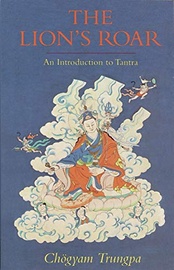 The Lion's Roar: An Introduction to Tantra 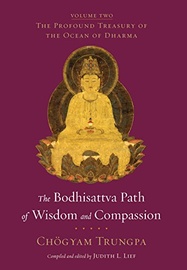 The Bodhisattva Path of Wisdom and Compassion: ... 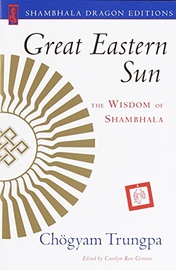