< Back to author list
Clarence Jordan (July 29, 1912 – October 29, 1969) was an American farmer and New Testament Greek scholar, was the founder of Koinonia Farm, a small but influential religious community in southwest Georgia and the author of the Cotton Patch paraphrase of the New Testament. He was also instrumental in the founding of Habitat for Humanity. His (2nd) cousin, Hamilton Jordan, served as White House Chief of Staff during the Jimmy Carter administration.
Format
paperback
Language
english
Condition
new
used 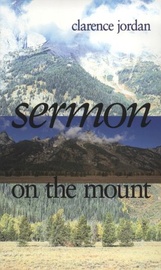 Sermon on the Mount (Koinonia Publication)