< Back to author list
Claudio Lomnitz is the Campbell Family Professor of Anthropology at Columbia University. Prior to teaching at Columbia, Lomnitz was a Distinguished University Professor of Anthropology and Chair of the Committee on Historical Studies at the New School University. He served at different points in time as co-director of the University of Chicago's Mexican Studies Program (with Friedrich Katz), Director of the University of Chicago's Latin American Studies Program, and Director of Columbia University's Center for the Study of Ethnicity and Race. He has also taught at University of Chicago, where he was Professor of History, New York University, El Colegio de México, and Universidad Autónoma Metropolitana Iztapalapa, in Mexico City. At the New School University, Lomnitz was appointed editor of the academic journal Public Culture, which moved with him to Columbia University in 2006. He continued to serve as editor until 2011. In 2020 he was elected member of Mexico's Colegio Nacional.
Format
paperback
Language
english
Condition
new
used 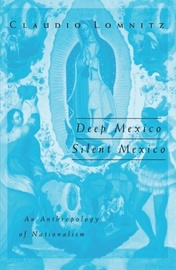