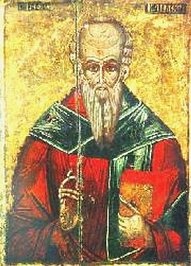 Neither Clement's birthdate or birthplace is known with any degree of certainty. It is conjectured that he was born in around 150. According to Epiphanius Scholasticus, he was born in Athens, but there is also a tradition of an Alexandrian birth.

His parents were pagans, and Clement was a convert to Christianity. In the Protrepticus he displays an extensive knowledge of Greek mythology and mystery religions, which could only have arisen from the practise of his family's religion.

Having rejected paganism as a young man due to its perceived moral corruption, he travelled in Greece, Asia Minor, Palestine and Egypt. Clement's journeys were primarily a religious undertaking. In Greece, he encountered an Ionian theologian, who has been identified as Athenagoras of Athens; while in the east, he was taught by an Assyrian, sometimes identified with Tatian, and a Jew, who was possibly Theophilus of Caesarea.

In around 180, Clement reached Alexandria, where he met Pantaenus, who taught at the Catechetical School of Alexandria. Eusebius suggests that Pantaenus was the head of the school, but it is controversial whether the institutions of the school were formalized in this way before the time of Origen. Proponents of a formalized leadership and succession suggest that Clement succeeded Pantaenus as leader of the school, and was succeeded himself by Origen. Clement studied under Pantaenus, and was ordained to the priesthood by Pope Julian before 189. Otherwise, virtually nothing is known of Clement's life in Alexandria. He may have been married, a conjecture supported by his writings. Clement's diet is also unknown, but he said some things that look down upon eating flesh such as, "It is good...neither to eat flesh" and that even the fumes from cooked flesh "darken the soul"; however he said non-vegetarians aren't sinning except in certain circumstances such as those who eat flesh with "gluttony" and he was not opposed to all instances of eating meat.

During the Severian persecutions of 202–203, Clement left Alexandria. In 211, Alexander of Jerusalem wrote a letter commending him to the Church of Antioch, which may imply that Clement was living in in Cappadocia at that time. The date and location of his death are unknown.
Format
hardcover
paperback
Language
english
german
latin
Condition
used
new

Books By Clement of Alexandria 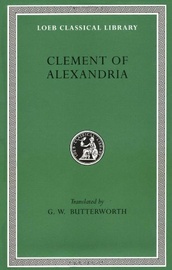 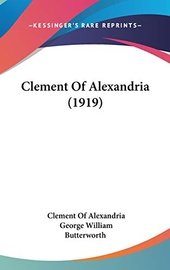 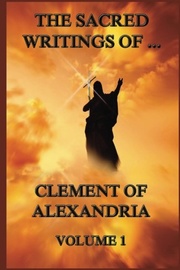 The Sacred Writings of Clement of Alexandria, V... 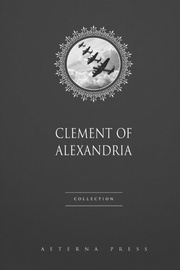 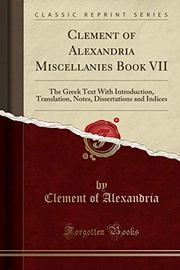 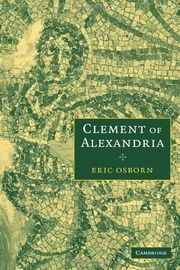 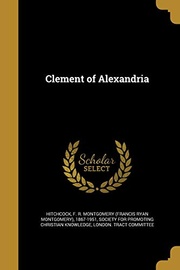 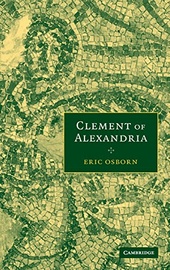 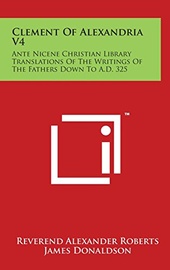 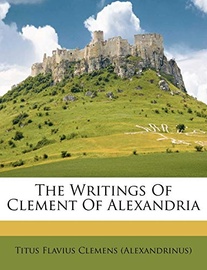 The Writings Of Clement Of Alexandria 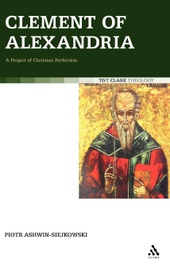 Clement of Alexandria: A Project of Christian P... 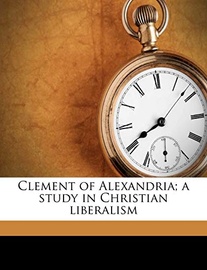 Clement of Alexandria; a study in Christian lib... 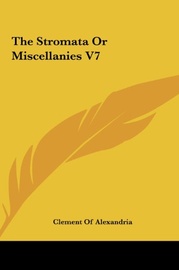 The Stromata or Miscellanies V7 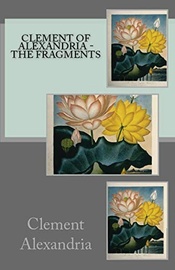 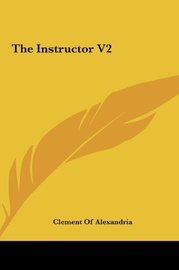 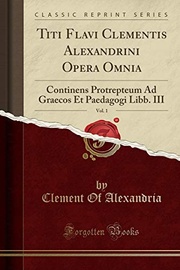 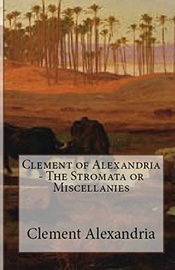 The Stromata Or Miscellanies 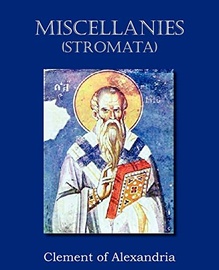 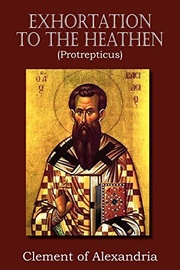 Exhortation to the Heathen (Protrepticus)