Former senior editor of Credenda/Agenda and editor of Canon Press, he has taught philosophy at New Saint Andrews College and the University of Idaho, both in Moscow, Idaho, and Lewis-Clark State College in Lewiston, Idaho.

Among Jones's many writing credits are three children's books, Huguenot Garden, Scottish Seas, and Dutch Color, and contributions to Back to Basics: Rediscovering the Richness of the Reformed Faith, Repairing the Ruins: The Classical and Christian Challenge to Modern Education, Bound Only Once: The Failure of Open Theism. He co-authored Angels in the Architecture with Douglas Wilson.

Jones's scholarship and short creative writing credits include "Reading Trees," a review of Thomas Campanella's Republic of Shade: New England and the American Elm, in Books and Culture: A Christian Review, September/October 2003 and "Coverings," a poem in the Spring/Summer 2004 issue of Valparaiso Poetry Review. Jones contributed numerous pieces to Credenda/Agenda, including the volume 14, issue 4 cover article, "Just Wood," which was anthologized in Best Christian Writing 2004. He has also written several short plays, including "University Cafe," which was selected as a finalist for the 2005 Theatre Publicus Prize for Dramatic Literature. 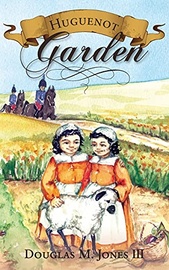