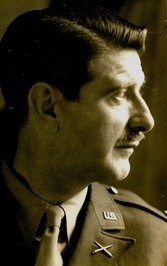 An author who is mainly notable for creating the fictional collie Lassie.

He was a native of Yorkshire in England, and had a varied career, including service in the Canadian Army during World War I and spells as an art student, newspaper reporter and Hollywood screenwriter.

His first novel was Song on Your Bugles (1936) about the working class in Northern England. As "Richard Hallas," he wrote the hardboiled genre novel "You Play The Black and The Red Comes Up" (1938). Knight's "This Above All" is considered one of the significant novels of The Second World War.

Knight and his wife Jere Knight raised collies on their farm in Pleasant Valley, Bucks County, Pennsylvania. His novel Lassie Come-Home (ISBN 0030441013) appeared in 1940. It was adapted into a movie in 1943 and has been reprinted several times since then.

In 1943, at which time he was a major in the United States Army - Special Services, Knight was killed in an air crash in Dutch Guiana (now Surinam).
FILTER BY
SORT BY
Sort By