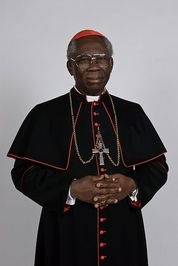 Cardinal Francis Arinze, Prefect emeritus of the Congregation of Divine Worship and the Discipline of the Sacraments, was born on 1 November 1932 in Eziowelle, a city of the Archdiocese of Onitsha, Nigeria. At the age of fifteen, he began his secondary studies at the All Hallowa (All Saints) Seminary of Nuewi, studies which he concluded in 1950 at Enugu. For the following two years he taught at the same seminary until 1953, when he took up philosophy studies at Bigard Memorial Seminary at Enugu. In 1955 he began to take courses in theology at the Pontifical Urban University. Only three years later he was ordained to the priesthood during a ceremony which took place at the church of the Pontifical Urban University in Rome on 23 November 1958.

From 1961-1962, he was professor of liturgy and also taught logic and basic philosophy at Bigard Memorial Seminary at Enugu. He was then appointed regional secretary for Catholic education for the eastern part of his country. When transferred to London, he took courses at the Institute of Pedagogy, earning a diploma in 1964.

On 6 July 1965 he was appointed to the titular church of Fissiana and named coadjutor to the Archbishop of Onitsha. On 29 August 1965 he was consecrated bishop. Only two years after he was asked to take over the pastoral government of the archdiocese, and on 26 June 1967 he was named archbishop.

In 1979 his brother bishops elected him president of the Catholic Bishops’ Conference of Nigeria, which post he filled until 1984, when John Paul II asked him to head as pro- president the Secretariat for Non-Christians (now the Pontifical Council for Interreligious Dialogue).

He remained Archbishop of Onitsha until April 1985, while awaiting the nomination of his successor to assume the pastoral administration of the Archdiocese. In addition, in 1982 he was elected vice-president for Africa of the United Bible Society.

President of the Pontifical Council for Interreligious Dialogue, 27 May 1985 - 1 October 2002.

On 8 May 1994, he presided in the capacity of first President Delegate at the solemn closing of the Special Assembly for Africa of the Synod of Bishops at the altar of the Chair of St. Peter’s Basilica.

On 24 October 1999 he received a gold medallion from the International Council of Christians and Jews for his "outstanding achievements in inter-faith relations".

He was also a member of the Committee of the Great Jubilee of the Year 2000.

On 1 October 2002 he was nominated Prefect of the Congregation of Divine Worship and the Discipline of the Sacraments.

President Delegate of the 11th Ordinary General Assembly of the Synod of Bishops, The Eucharist: Source and Summit of the Life and Mission of the Church (October 2005).

Prefect emeritus of the Congregation of Divine Worship and the Discipline of the Sacraments, 9 December 2008.

During Lent of 2009 he was called to preach the spiritual exercises for the Roman Curia in which Pope Benedict XVI took part.

President Delegate of the 2nd Special Assembly for Africa of the Synod of Bishops, "The Church in Africa, at the Service of Reconciliation, Justice and Peace. 'You are the salt of the earth, ... you are the light of the world'" (4-25 October 2009).

Created and proclaimed Cardinal by John Paul II in the consistory of 25 May 1985, of the Title of the Suburbicarian Church of Velletri-Segni (25 April 2005).
Format
paperback
Language
english
Condition
new
used 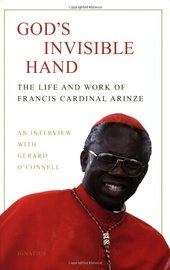 God's Invisible Hand: The Life and Works of Fra... 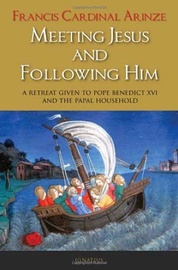 Meeting Jesus and Following Him: A Retreat Give...