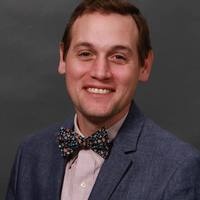 Pastors from the Catawba Valley area, from the Piedmont region of North Carolina, as well as pastoral colleagues from the states of Alabama, Florida, Illinois and Indiana participated in the installation worship service.

Mize was born in Hickory. He grew up in China Grove, and graduated from South Rowan High School in 2001. Directly out of high school, he briefly attended Rowan Cabarrus Community College before deciding to enter into the ministry. The following year, he was accepted into the pre-seminary program at Concordia University of Mequon, Wis. During his time at Concordia - Wisconsin, he wrestled at 141-pound weight class, was the construction foreman to build eight houses for the homeless in Juarez, Mexico over a four-year span, and was active in the Pre-Seminary Student Association. He graduated from Concordia - Wisconsin with a Bachelors of Arts in Pastoral Ministry and a Minor in Theological Languages. His language concentrations were Konie’ Greek, Biblical Hebrew, and Ecclesiastical Latin.

After his graduation from Concordia University, he was accepted into Concordia Theological Seminary, Fort Wayne, Ind. While at CTS, he studied abroad at Tshwaine Lutheran Seminary in Pretoria, South Africa, with a concentration in Church History.

Gaven is married to Ashlee Mize and they have a son, Oliver Augustine. All currently reside in Hickory, North Carolina.
Condition
new
used 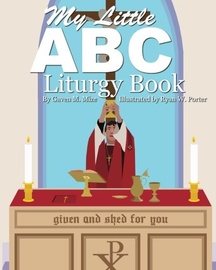