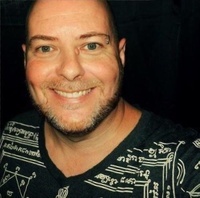 Glen Johnson was born in England in 1973. He used to live in Devon, just a stone's throw away from the English Riviera, but in August 2014 he gave away all his belongings and bought a backpack, and he travelled around Southeast Asia for three years. He settled in Bangkok. He is the author of 54 fiction and non-fiction books. While he travels, he will be helping charitable organizations, writing and releasing books about their foundations, leaving them with all the royalties. His first charity book called Soi Dog: The Story Behind Asia's Largest Animal Welfare Shelter is available in ebook and paperback worldwide. He has also started to release a collection of books about his travel adventures as they unfold, and Living the Dream: Part One - Khaosan Road, Thailand is available from all good ebook retailers. He is also on the development team for a new computer game called The Seed (out now), from the creators of the award-winning S.T.A.L.K.E.R Misery mod. He loves to travel and has already visited forty-two different countries. At present, he lives in Bangkok, Thailand, but he has also lived in Mexico, Malaysia, Laos, Cambodia, and Singapore. He has also been married twice – and still refuses to say where he buried them.

Why not add Glen Johnson as a friend on Facebook. From his author's page, you can keep up to date with all his new releases, and when his kindle books are free on Amazon. He checks it daily, so pop on and say hello! Don't be shy he's a friendly chap. www.facebook.com/GlenJohnsonAuthor

Glen Johnson has published 171 books worldwide (via two publishing companies he owns). 54 are his work; the other 117 are modern-classic-fiction books that can be found at www.facebook.com/RedSkullPublishing