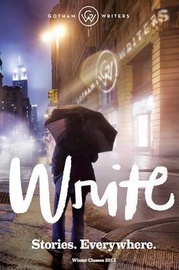 Gotham Writers Workshop is the United States's largest adult-education writing school. It was founded in New York City in 1993 by writers Jeff Fligelman and David Grae. It was one of the first schools to offer online education, launching its online creative writing classes in 1997.The workshop offers courses in most of the major genres including fiction and novel writing, screenwriting and television, poetry, and several forms of creative nonfiction, including essay writing and memoir.It also runs fiction and screenwriting classes in partnership with Zoetrope: All Story, the literary magazine founded by Francis Ford Coppola and Adrienne Brodeur and edited by Michael Ray.Gotham Writers Workshop has produced three books, edited by school President Alexander Steele: Writing Fiction, Fiction Gallery, and Writing Movies. They have also been translated and published in several languages. The workshop also publishes a monthly newsletter with writing articles by its faculty and others. Gotham Writers Workshop has two classroom locations in New York: 1450 Broadway and 555 8th Avenue.
Format
paperback
Language
english
Condition
new
used 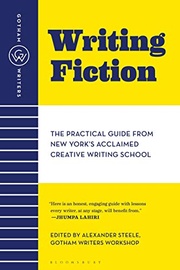