H. Jackson Brown, Jr. is an American author best-known for his book Life's Little Instruction Book which was a New York Times bestseller. Before becoming famous as a writer, Brown acted as a creative director of an advertising agency in Nashville, Tennessee. It was simple words of wisdom gathered from other people and his own experiences that made him a best-selling author.

Brown first published A Father's Book of Wisdom, which was quickly followed by P.S. I Love You, a collection of sayings and observations from his father and mother. Both were very popular and led to Life's Little Instruction Book, which was originally written as a going-away present for his college-bound son, Adam. This book contained 511 reminders about "how to live a happy and rewarding life" and became a phenomenal best-seller worldwide. It has logged more than two years on the New York Times best-seller list, including more than a year at the number one spot. Life's Little Instruction Book was the first book to ever occupy the number one spot on the New York Times best-seller list in both paperback and hardback formats simultaneously. Live and Learn and Pass It On followed and also became a New York Times best-seller.

Brown's books have been translated into 35 languages and have sold millions of copies worldwide. They have spawned calendars, posters, apparel items, daily journals, greeting cards, audiocassettes, screensavers and even fortune cookies. Brown is also said to receive thousands of letters from readers all over the world. Their content ranges from the simple, "I enjoyed your book and I read a page or two every night before I go to bed" to the humbling "your book convinced our family to adopt a special needs child."

Remarking on his books, Jackson has said, "Most of us know what we need to do to make our lives more fulfilled and useful, but sometimes we forget. My little books are gentle reminders of those simple things which, if done well and in a spirit of love, can significantly change our lives."
Format
paperback
Language
english
Brand
poster
Condition
new
used 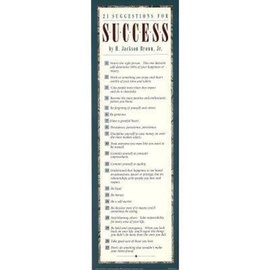 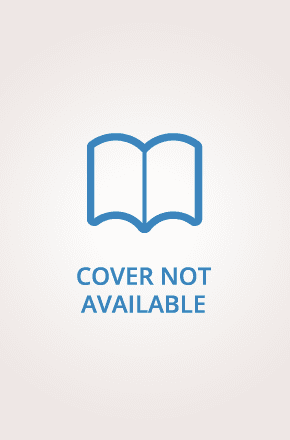 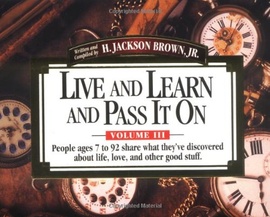 Live and Learn and Pass It On, Volume III: Peop... 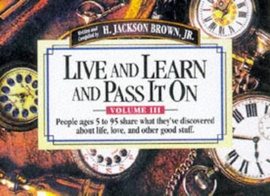 Live and Learn and Pass It On, Volume III 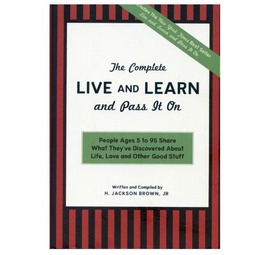 The Complete Live and Learn and Pass It On