Hédi Fried (born 15 June 1924 in Sighet) is a Swedish author and psychologist. A Holocaust survivor, she passed through Auschwitz as well as Bergen-Belsen, coming to Sweden in July 1945 with the boat M/S Rönnskär.

She has been awarded the Illis Quorum medal, and was named European of the Year in 1997. She received the Natur & Kulturs Kulturpris, a cultural award for her literary work, in 1998.
Condition
used 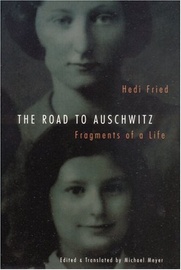 The Road to Auschwitz: Fragments of a Life