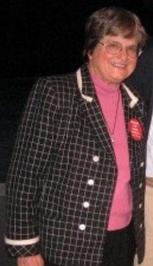 Sister Helen Prejean, CSJ (b. April 21, 1939, Baton Rouge, Louisiana) is a vowed Roman Catholic religious sister, one of the Sisters of St. Joseph of Medaille, who has become a leading American advocate for the abolition of the death penalty.

Her efforts began in New Orleans, Louisiana, in 1981, through a correspondence she maintained with a convicted murderer, Elmo Patrick Sonnier, who was sentenced to death by electrocution. She visited Sonnier in prison and agreed to be his spiritual adviser in the months leading up to his death. The experience gave Prejean greater insight into the process involved in executions and she began speaking out against capital punishment. At the same time, she also founded Survive, an organization devoted to providing counselling to the families of victims of violence.

Prejean has since ministered to many other inmates on death row and witnessed several more executions. She served as National Chairperson of the National Coalition to Abolish the Death Penalty from 1993 to 1995.

An autobiographical account of her relationship with Sonnier and other inmates on death row served as the basis for the feature film and opera Dead Man Walking. In the film, she was portrayed by Susan Sarandon, who won an Academy Award. (Although Prejean herself was uncredited, she made a minor cameo as a woman in a candlelit vigil scene outside Louisiana State Penitentiary[1])

In addition to Sonnier, the account is also based on the inmate Robert Lee Willie who, with his friend Joseph Jesse Vaccaro, raped and killed 18-year-old Faith Hathaway May 28, 1980, eight days later kidnapping a Madisonville couple from a wooded lovers' lane and driving them to Alabama. They raped the 16-year-old girl, Debbie Morris (née Cuevas), who would later become the author of her book Forgiving the Dead Man Walking [2] and then stabbed and shot her boyfriend, 20-year-old Mark Brewster, leaving him tied to a tree paralyzed from the waist down.[3]

Prejean's second book, The Death of Innocents: An Eyewitness Account of Wrongful Executions was published in December 2004. In it, she tells the story of two men, Dobie Gillis Williams and Joseph O'Dell, whom she accompanied to their executions. She believes that both of these men were innocent. The book also examines the recent history of death penalty decisions by the Supreme Court of the United States and looks at the track record of George W. Bush as Governor of Texas.

In 1998 Prejean was awarded the Pacem in Terris Award. It was named after a 1963 encyclical letter by Pope John XXIII that calls upon all people of good will to secure peace among all nations. Pacem in Terris is Latin for "Peace on Earth."

Prejean now bases her work at the Death Penalty Discourse Network in New Orleans and spends her time giving talks across the United States and around the world. She is pro-life: "The pope says we should be unconditionally pro-life; against abortion, against euthanasia, against suicide and (that means also) against the death penalty." This view is commonly called the Consistent Life Ethic.

In 2008, Sister Helen spoke at Jesuit High School, Sacramento, for a theme regarding social justice and the death penalty. Over 1000 students watched her speak on her opinions. Sr. Helen spoke at LaSalle University in Philadelphia on March 23, 2009 Prejean is currently scheduled to speak at the University of Puget Sound on March 30th. The event is open to the public 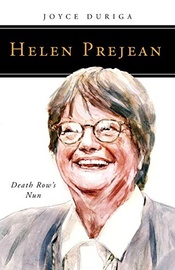 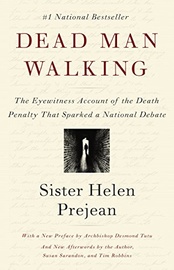 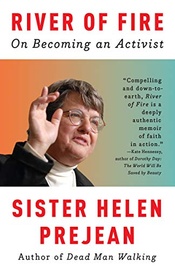 River of Fire: On Becoming an Activist 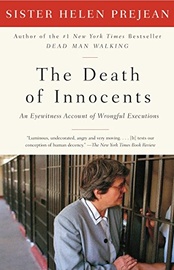 The Death of Innocents 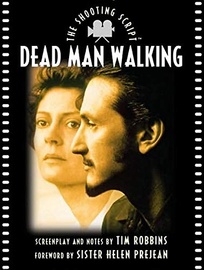