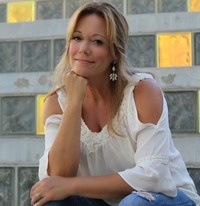 Death. Infidelity. Public humiliation. In the aftermath, the future looked pretty bleak, but somewhere in this terrible mess--there had to be goodness. Life after death. Love after betrayal. Beauty from ashes.

After living for a few years in the land between what had happened and what was yet to come, Jacquelyn and her husband, David relocated from an agricultural town in Arizona to their new home in Southern California. They returned to the place she and her husband, of nearly three decades, call home.

Jacquelyn writes nearly every day, stretching herself between fiction, memoir blogging, and collegiate creative writing classes. Kharis Publishing released her fictional manuscript, Where the Water Rages, a novel in October 2016.

Do not despise the small beginnings for the eyes of the Lord rejoice to see the work begin --Zechariah 4:10
Condition
new
used 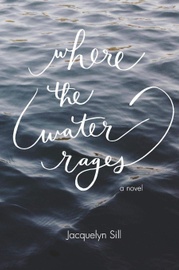 Where the Water Rages