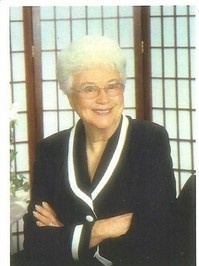 As a child growing up in Southern California, I devoured books—Nancy Drew, the Hardy Boys, the Oz books, Lassie books, and a zillion novels, plus was an avid movie-goer. I made my first attempt at writing when I was twelve, but did not begin any serious writing until my thirties, and then it became my passion. During my 35-year former membership in the LDS Church, I wrote magazine articles for their marriage manual and official magazine, The Iprovement Era, excerpts of which were used in their radio commercials on the family.

However, in 1978, I secretly joined a Mormon Fundamentalist group while retaining my mainline membership. I was held prisoner for nine months in a small room after Fundamentalist leaders discovered me sneaking away to a Christian church. For that "sin" they demanded I publicly repent and renounce the Christ Jesus in their meeting, but I refused. Conditions were such that I nearly died, but God miraculously spoke to me and enabled my escape. You can read my personal story by clicking here.

After I escaped I requested my excommunication from the LDS Church in 1980 realizing, after much study that Mormon doctrines were unbiblical, and entered Christianity. Nevertheless, I went through twelve years of traumatic aftereffects trying to undo my mental baggage and transition into a Christian church. The reason it took so long is that I was unaware there were Christian ministries that could have helped me more specifically through the transition. I therefore, went to Bible college and earned a Masters Degree in Theology, to learn more about the Bible.

Because the transition into a Christian church was very difficult , and I discovered others exiting Mormonism were going through the same traumatic aftereffects, I wrote my first book, Out of the Cults and Into the Church: Understanding and encouraging ex-cultists, as there were no Christian books describing the emotional repercussions. It was published through Kregel Publications, and I soon gained the reputation as an expert on cult recovery and the problems former cult members face when converting to traditional churches. Later, I served 12 years in the "Mormon Mentoring Program" with the Institute of Religious Research, counseling and mentoring Mormons and ex-Mormons. I was also a frequent guest lecturer in Bible college classrooms and at Christian conferences.

I continued in my writing, receiving many awards in fiction and nonfiction writing competitions, and in 2008 I was awarded "Writer of the Year" by the American Christian Writers Association.

In 2016, with the writing bug still biting, I self-published my first novel, Unfinished Justice, a historical suspense thriller, inspired by a crime event in which I played a part. (See the Home page on this site.)

Throughout my years of writing, my secular employment was working as Administrative Secretary to corporate officers. The last 23 years, before my retirement in 2008, I worked as Legal Assistant to an attorney in Washington, where I still reside. During that time I was widowed twice and raised three children alone.

Do I have any other interests? In years past, when I lived in Northern California, I enjoyed oil painting and won many blue ribbons. I also played the piano and organ for community funerals and weddings, but now prefer to spend my time writing. Presently, I enjoy my activities in my local church in which I'm credentialed, and am on the pastor's teaching team in our Senior Church.

And no, I don't have a pet―not even a cat, a hampster, or a parakeet. Our family had a dog some years ago. We named him Crinkle because when we obtaine
Format
paperback
Language
english
Condition
new
used 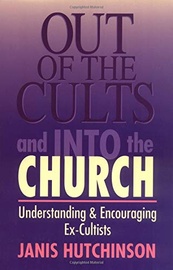 Out of the Cults and Into the Church: Understan... 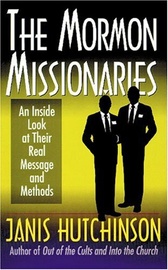 Mormon Missionaries: An Inside Look at Their Re... 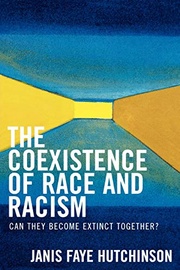 The Coexistence of Race and Racism: Can They Be...