Jennifer Butler is committed to amplifying the connection between faith and social justice, has a heart as a community organizer, and is an ordained minister. She is the founding Executive Director of Faith in Public Life (faithinpubliclife.org), which works to change the narrative about the role of faith in politics, wins major policy victories, and empowers religious leaders to fight for the common good.

Jennifer spent ten years working in the field of international human rights representing the Presbyterian Church (USA) at the United Nations. She’s the former chair of the White House Council on Faith and Neighborhood Partnerships and was an international human rights advocate. While mobilizing religious communities to address the AIDS pandemic and advocate for women's rights she grew passionate about the need to counter religious extremism with a strong religious argument for human rights.

She is also the author of Born Again: The Christian Right Globalized, which calls for a progressive religious response to Religious Right efforts to take the culture wars global. She now blogs about progressive faith on Patheos and her writing can be found in Sojourners, The Hill, and Religion News Service.

Jennifer served in the Peace Corps in a Mayan village in Belize, Central America. A graduate of Princeton Theological Seminary, she also studied public policy and community organizing and graduated with an MSW from Rutgers University. She’s a graduate of the College of William and Mary. She lives in suburban Washington, D.C. @RevJenButler RevJenButler.com. 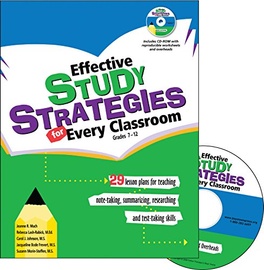 Effective Study Stategies for Every Classroom