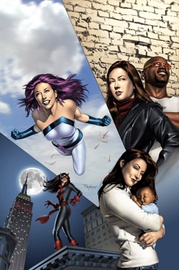 Jessica Campbell Jones Cage is a fictional superhero appearing in American comic books published by Marvel Comics. The character was created by writer Brian Michael Bendis and artist Michael Gaydos and first appeared in Alias #1 (November 2001), as part of Marvel's Max, an imprint for more mature content, and was later retroactively established to have first appeared in the anthology comic book Amazing Fantasy #15 (August 1962) in the Silver Age of Comic Books as an originally unnamed classmate of Peter Parker, created by writer-editor Stan Lee and artist Steve Ditko. Within the context of Marvel's shared universe, Jones is a former superhero who becomes the owner (and usually sole employee) of Alias Private Investigations. Bendis envisioned the series as centered on Jessica Drew and only decided to create Jones once he realized that the main character had a distinct voice and background that differentiated her from Drew. Jones has since starred in three ongoing series: Alias, The Pulse, and Jessica Jones, the latter published as a tie-in with the self-titled television series. Alias ran for 28 issues before ending in 2004, while The Pulse ran for 14 issues from April 2004 to May 2006, and Jessica Jones debuted in October 2016. She became a member of the New Avengers, alongside her husband, Luke Cage, during Marvel's 2010 Heroic Age campaign. She has used various aliases throughout her history, including Jewel, Knightress, Mrs. Cage, and Power Woman. Krysten Ritter portrayed the character in the Marvel Cinematic Universe streaming television series Jessica Jones and The Defenders. Elizabeth Cappuccino portrayed a young Jessica in the first and second seasons of Jessica Jones. She has also been featured in various video games.
Format
paperback
Language
english
Condition
new
used 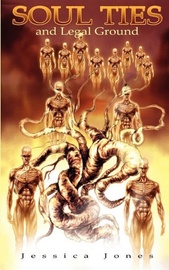