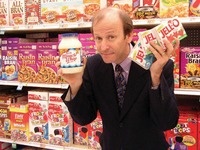 Joey Green, a former contributing editor to National Lampoon and a former advertising copywriter at J. Walter Thompson, is the author of more than sixty (yes, sixty) books, including Not So Normal Norbert with James Patterson, Last-Minute Travel Secrets, Last-Minute Survival Secrets, Contrary to Popular Belief, Clean It! Fix It! Eat It!, the best-selling Joey Green's Magic Brands series, The Mad Scientist Handbook series, The Zen of Oz, and You Know You've Reached Middle Age If...—to name just a few.

Joey has appeared on dozens of national television shows, including The Tonight Show with Jay Leno, Good Morning America, and The View. He has been profiled in the New York Times, People magazine, the Los Angeles Times, the Washington Post, and USA Today, and he has been interviewed on hundreds of radio shows.

A native of Miami, Florida, and a graduate of Cornell University—where he was the political cartoonist on the Cornell Daily Sun and founded the campus humor magazine, the Cornell Lunatic (still publishing to this very day)—Joey lives in Los Angeles.
Format
paperback
Language
english
Condition
new
used 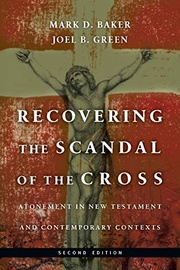 Recovering the Scandal of the Cross: Atonement ...