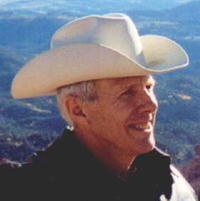 John Eidsmoe is a frequent lecturer and debater at colleges, universities, churches, and civics groups. As a constitutional attorney, he has successfully litigated court cases involving First Amendment religious freedom and has defended home education and Christian schools, championed the right of students and teachers to study the Bible in public schools, debated ACLU attorneys on radio and television, and served on the Ten Commandments Legal Defense Team. He is an ordained pastor in the Association of Free Lutheran Congregations, and with his family (he and his wife have been married over 30 years, have three children: David, Kirsten and Justin) he lives in rural Pike Road, Alabama.

He holds five degrees in law, theology, and political science. These include two doctorates, one in law from the University of Iowa, and one in ministry from the Oral Roberts University. He earned his Masters of Divinity degree from Lutheran Brethern Seminary and his Master of Arts degree in biblical studies at Dallas Theological Seminary. His Bachelor of Arts degree in political science is from St. Olaf College. He is also a graduate of the Air Command & Staff College and the Air War College.

He has taught legal history and church history at law schools and seminaries. He currently serves as a professer of constitutional law and related subjects at the Thomas Goode Jones School of Law, Faulkner University, Montgomery, Alabama, where his students have twice given him the Outstanding Professor Award. He is also an Adjunct Professor at Birmingham Theological Seminary. A constitutional attorney and retired Lieutenant Colonel in the U.S. Air Force Reserve, Colonel Eidsmoe has also taught church history and other subjects in various seminaries.

He has authored 12 books, including Christianity & the Constitution, Columbus & Cortez, and the video series titled The Institute on the Constitution. A Second Degree Black Belt with the American Taekwondo Foundation, Colonel Eidsmoe also serves as Regional Representative for the Gospel Martial Arts Union, is an avid horseman and skier, and tries to get 8 hours of sleep every week.

John Eidsmoe brings to this study the combined disciplines of the soldier, jurist, theologian, and historian. A retired Lt. Colonel in the Air Force and a Colonel in the Alabama State Defense Force, Eidsmoe is an Adjunct Professor for the Oak Brook College of Law & Government Policy, for the Handong International Law School in South Korea, and for the Institute of Lutheran Theology.
Format
paperback
Language
english
Condition
used
new 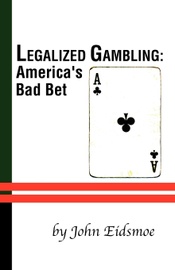 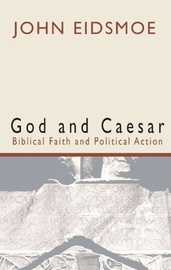 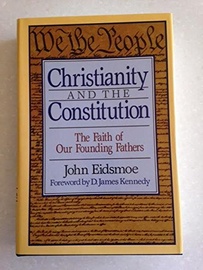 Christianity and the Constitution 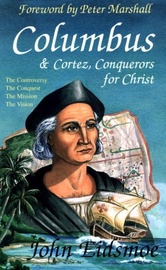 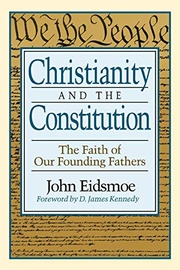 Christianity and the Constitution: The Faith of...