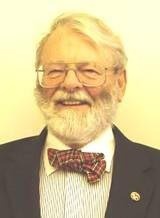 John Forester is an American industrial engineer and a noted cycling activist known as "the father of vehicular cycling" and for coining the term Effective Cycling.

Born in East Dulwich, London, England, Forester is the elder son of the writer and novelist C. S. Forester and his wife Kathleen. He moved with his family to Berkeley, California, in March 1940 and attended public schools there until after his parents' divorce, when he finished high school at an east coast preparatory school. Thereafter, he attended the University of California at Berkeley, graduating with a Bachelor's degree in 1951. Following a brief stint in the U.S. Navy, Forester eventually settled in California to become, as he describes, "an industrial engineer, a senior research engineer, a professor, and, of all things, an expert in the science of bicycling".

In April 1966, Forester's father died. The unexpectedly large estate, its contents, and its disposition proved to Forester that his father, whom he had loved and admired, had consistently lied to him for years, and strongly suggested evidence of another secret life. That discovery was a traumatic experience, and led to his biography of his father, Novelist and Story-Teller: The Life of C. S. Forester.
John Forester
Cycling advocacy

From early childhood, Forester had been a passionate cyclist. Following his father's death, his attention increasingly focused on cycling, racing and brevet touring. In the 1960s, he and his wife divorced, and he met Dorris L. Taylor, a visiting cyclist from Minneapolis. Taylor and her daughters moved in with Forester the following year and joined him in his pursuit of cycling. In 1973 Forester dedicated himself to full-time cycle advocacy.

Forester first involved himself locally, arguing against the installation of segregated bicycle facilities in the city of Palo Alto, facilities that were based on Netherlands designs adapted for American use and had been recommended to the California Department of Transportation by two researchers at the University of California at Los Angeles. His first published article appeared in the January/February 1973 issue of Bike World, a regional Northern California bimonthly magazine.

In May 1973, his focus broadened as the Food and Drug Administration (later the Consumer Product Safety Commission, or CPSC) issued extensive product safety regulations for bicycles. Originally intended only for children's bicycles, the regulations were soon expanded to include all bicycles except for track bikes and custom-assembled bicycles.

In October of that year, Forester published an article in Bike World denouncing both the California Department of Transportation and the CPSC. He targeted the new CPSC regulations, especially the "eight reflector" system, which required front, rear, wheel and pedal reflectors. The front reflector is placed at the location for a bicycle headlight, which it replaces. However, motor vehicle drivers who are about to cross the path of the cyclist would not see the approaching cyclist because the headlights of their motor vehicle do not shine onto the front reflector of the bicycle, often resulting in a crash. (If the bicycle is directly in front of the car and headed the wrong way, the car's headlights will illuminate the bicycle's front reflector, until the inevitable head-on crash.)

After the rules were finalized, Forester sued the CPSC. Acting as his own lawyer, Forester did not understand that United States federal law did not grant jurisdiction to the appeals court to review the technical merit of the rules (a so-called "de novo" review) unless the procedure used to create the rules was flawed. The CPSC argued that a challenger must prove the process was "arbitrary and capricious." The judge ordered a de novo review of the rules; threw out four of them, but left the "eight reflector" standard untouched. Forester, emboldened by this partial success, proceeded to launch further challenges
Format
hardcover
Language
english
Condition
new
used 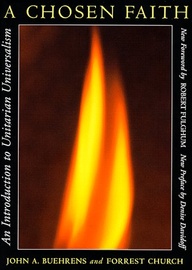 A Chosen Faith: An Introduction to Unitarian Un...