< Back to author list
Jonathan Bernier (born August 7, 1988) is a Canadian professional ice hockey goaltender for the New Jersey Devils of the National Hockey League (NHL). He was drafted in the first round, 11th overall, of the 2006 NHL Entry Draft by the Los Angeles Kings, the team with whom he played his first four NHL seasons. Bernier won the Stanley Cup with the Kings in 2012.
Format
paperback
Language
english
Condition
new
used 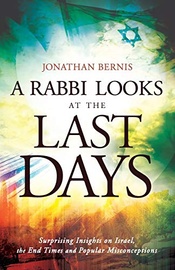 A Rabbi Looks at the Last Days: Surprising Insi...