Kate Schatz (pronounced ‘Shots’) is a queer feminist writer, activist, educator, and public speaker. She is the New York Times bestselling author of the "Rad Women" book series, including Rad American Women A-Z (City Lights, 2015), Rad Women Worldwide (Ten Speed Press, 2016), Rad Girls Can (Ten Speed Press, 2018), and Rad American History A-Z (Ten Speed Press, 2020). Her book of fiction, Rid of Me: A Story, was published in 2006 as part of the acclaimed 33 1/3 series. Her writing has been published in Oxford American, Denver Quarterly, Joyland, and West Branch, among others, and her short story “Folsom, Survivor” was included as a “Notable Short Story” in Best American Short Stories 2011. She has appeared on msnbc, NPR, and Conan O'Brien, among other major media outlets. She received her MFA in Fiction from Brown University, and a double BA in Women’s Studies/Creative Writing from UC Santa Cruz. She lives with her wife and children in the Bay Area.
Format
hardcover
Language
english
Condition
new
used 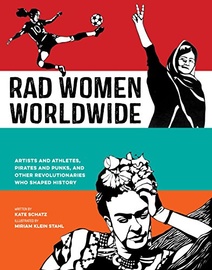 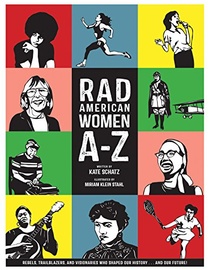 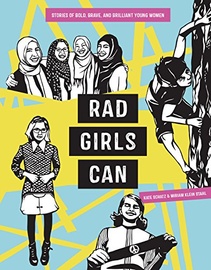 Rad Girls Can: Stories of Bold, Brave, and Bril...