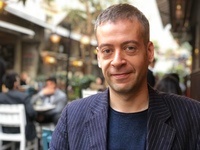 Kaya Genç is the author of three books from Bloomsbury Publishing: The Lion and the Nightingale (2019), Under the Shadow (2016) and An Istanbul Anthology (2015). The Economist called Under the Shadow a ‘refreshingly balanced’ book whose author ‘has announced himself as a voice to be listened to’. The Los Angeles Review of Books described An Istanbul Anthology as ‘a compellingly real picture of the city’. Kaya has contributed to the world’s leading journals and newspapers, including two front page stories in The New York Times, cover stories in The New York Review of Books, Foreign Affairs and The Times Literary Supplement, and essays and articles in The New Yorker, The Nation, The Paris Review, The Guardian, The Financial Times, The New Statesman, The New Republic, Time, Newsweek and The London Review of Books. The Atlantic picked Kaya’s writings for the magazine’s ‘best works of journalism in 2014’ list. A critic for Artforum and Art in America, and a contributing editor at Index on Censorship, Kaya gave lectures at venues including the Royal Anthropological Institute, and appeared live on flagship programmes including the Leonard Lopate Show on WNYC and BBC’s Start the Week. He is the Istanbul correspondent of the Los Angeles Review of Books. Kaya has been a speaker at Edinburgh, Jaipur and Ways With Words book festivals, and he holds a Ph.D. in English Literature.
Condition
new
used 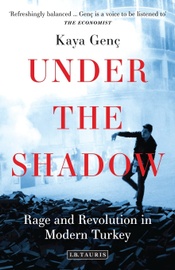 Under the Shadow: Rage and Revolution in Modern...