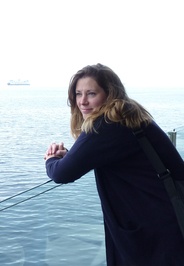 Kelly Murphy is an award-winning illustrator and animator working predominantly with traditional and mixed media. Born and raised in southeastern Massachusetts, USA, she studied illustration at the Rhode Island School of Design, her student work receiving distinction from The Society of Illustrators. Since earning a Bachelor of Fine Arts in 1999, Kelly has been actively freelancing across the various fields of editorial illustration, picture books and poster illustration as well as character design for both the film and toy industry.

An accomplished children's book author and illustrator, Kelly's books have been published by worldwide leading publishing houses, her twelfth picture book already due to be available in early 2011.

Kelly's work has been featured in curated shows, gallery exhibitions and international magazines specialized in illustration, notably winning recognition from American Illustration, The Society of Illustrators and 3x3 Magazine.

On the side of these numerous and versatile creative achievements, Kelly has engaged in a lasting involvement with art and has been a member of the illustration faculty at the Montserrat College of Art since 2002, and the Rhode Island School of Design since Spring of 2009.

Kelly is the co-founder and creative director of Shybird™ Studios, which showcases her collaborative work with french illustrator and animator Antoine Revoy.
FILTER BY
SORT BY
Sort By