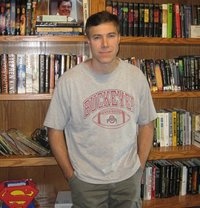 Kerry Nietz is an award-winning science fiction author. He has over a half dozen speculative novels in print, along with a novella, a couple short stories, and a non-fiction book, FoxTales.

Kerry’s novel A Star Curiously Singing won the Readers Favorite Gold Medal Award for Christian Science Fiction and is notable for its dystopian, cyberpunk vibe in a world under sharia law. It has over a hundred 5-star reviews on Amazon and is often mentioned on “Best of” lists.

Among his writings, Kerry's most talked about is the genre-bending Amish Vampires in Space. AViS was mentioned on the Tonight Show and in the Washington Post, Library Journal, and Publishers Weekly. Newsweek called it “a welcome departure from the typical Amish fare.”

Kerry is a refugee of the software industry. He spent more than a decade of his life flipping bits, first as one of the principal developers of the database product FoxPro for the now mythical Fox Software, and then as one of Bill Gates's minions at Microsoft. He is a husband, a father, a technophile and a movie buff.
Format
paperback
Language
english
Condition
new
used 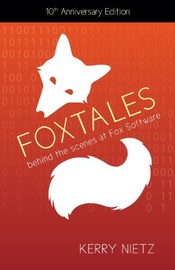 FoxTales: Behind the Scenes at Fox Software