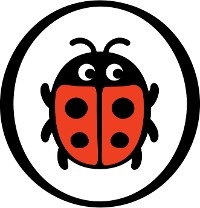 Ladybird books are known and loved the world over. For millions of people, they bring back the golden days of childhood - learning to read, discovering the magic of books, and growing up.

The very first Ladybird book ever was produced by a jobbing printer called Wills & Hepworth during the First World War. The company, based in Loughborough, Leicestershire, began to publish 'pure and healthy literature' for children, registering the Ladybird logo in 1915. Despite the company's claims, however, those books would no longer be politically correct. In the ABC Picture Book, for example, A stood for armoured train!
Format
hardcover
Language
english
Condition
used