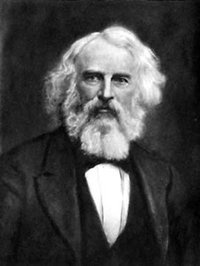 Son of Jacob Abbot, he graduated at the University of New York in 1853, began the study of law, which he abandoned for that of theology, and was pastor of various churches until 1865, when he became Secretary of the Freedman's Commission until 1868. Subsequently he devoted himself mainly to literary pursuits. He had previously, in conjunction with his brothers, written two novels, Conecut Corners, and Matthew Carnaby, under the nom de plume of "Benauly", formed from the initial syllables of their respective names (Benjamin, Austin and Lyman). Besides several smaller works he has published Jesus of Nazareth, his Life and Teachings, 1869; Old Testament Shadows, edited two volumes of Henry Ward Beecher's Sermons, 1868; a volume of his Morning Exercises, 1870 and a Bible dictionary. Two of his brothers, Benjamin V. (born in 1830), and Austin (born in 1831), were prominent lawyers in New York, and had prepared several legal works, among which were: Admiralty Reports, Common Pleas Reports (8 vols.) and a Report of the Beecher Trial.
FILTER BY
SORT BY
Sort By