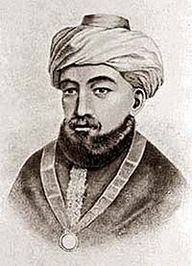 Moses ben-Maimon, called Maimonides and also known as Mūsā ibn Maymūn ( موسى بن ميمون) in Arabic, or Rambam (רמב"ם – Hebrew acronym for "Rabbi Moshe ben Maimon"), was a preeminent medieval Jewish philosopher and one of the greatest Torah scholars and physicians of the Middle Ages. He was born in Córdoba, Spain on Passover Eve, 1135, and died in Egypt (or Tiberias) on 20th Tevet, December 12, 1204.[6] He was a rabbi, physician and philosopher in Morocco and Egypt.
His year of birth is disputed, with Shlomo Pines suggesting that he was born in 1138. He was born during what some scholars consider to be the end of the golden age of Jewish culture in Spain, after the first centuries of the Moorish rule. At an early age, he developed an interest in the exact sciences and philosophy. In addition to reading the works of Muslim scholars, he also read those of the Greek philosophers made accessible through Arabic translations. Maimonides was not known as a supporter of mysticism. He voiced opposition to poetry, the best of which he declared as false, since it was founded on pure invention - and this too in a land which had produced such noble expressions of the Hebrew and Arabic muse. This Sage, who was revered for his saintly personality as well as for his writings, led an unquiet life, and penned his classic works with the staff of the wanderer in his hand.[7] Maimonides studied Torah under his father Maimon, who had in turn studied under Rabbi Joseph ibn Migash.

The Almohades from Africa conquered Córdoba in 1148, and threatened the Jewish community with the choice of conversion to Islam, death, or exile.[7] Maimonides's family, along with most other Jews, chose exile. For the next ten years they moved about in southern Spain, avoiding the conquering Almohades, but eventually settled in Fez in Morocco, where Maimonides acquired most of his secular knowledge, studying at the University of Al Karaouine. During this time, he composed his acclaimed commentary on the Mishnah in the years 1166-1168[8].

Following this sojourn in Morocco, he lived briefly in the Holy Land, before settling in Fostat, Egypt, where he was physician of the Grand Vizier Alfadhil and Sultan Saladin of Egypt, and also treated Richard the Lionheart while on the Crusades.[9] He was considered to be the greatest physician of his time, being influenced by renowned Islamic thinkers such as Ibn Rushd and Al-Ghazali.[2][3] He composed most of his œuvre in this last locale, including the Mishneh Torah. He died in Fostat, and was buried in Tiberias (today in Israel). His son Avraham, recognized as a great scholar, succeeded Maimonides as Nagid (head of the Egyptian Jewish community); he also took up his father's role as court physician, at the age of eighteen. He greatly honored the memory of his father, and throughout his career defended his father's writings against all critics. The office of Nagid was held by the Maimonides family for four successive generations until the end of the 14th century.

Maimonides was a devoted physician. In a famous letter, he describes his daily routine: After visiting the Sultan’s palace, he would arrive home exhausted and hungry, where "I would find the antechambers filled with gentiles and Jews ... I would go to heal them, and write prescriptions for their illnesses ... until the evening ... and I would be extremely weak."[10]

He is widely respected in Spain and a statue of him was erected in Córdoba by the only synagogue in that city which escaped destruction, and which is no longer functioning as a Jewish house of worship but is open to the public. 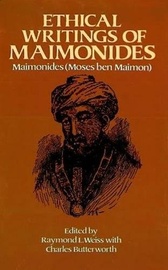 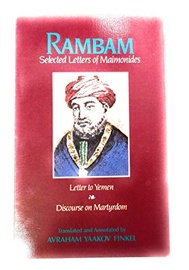 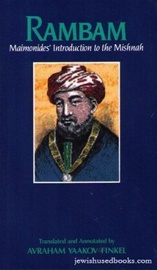 Rambam: Maimonides' introduction to the Mishnah 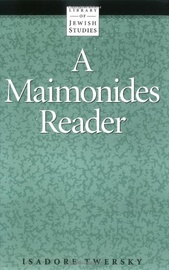 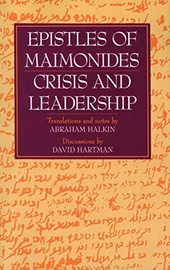 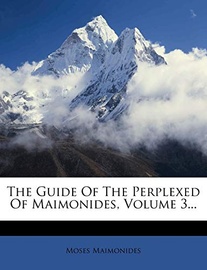 The Guide Of The Perplexed Of Maimonides, Volum... 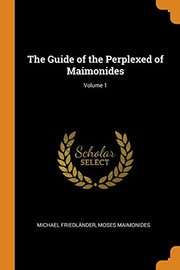 The Guide of the Perplexed of Maimonides; Volume 1 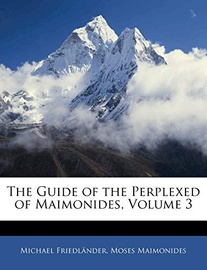 The Guide of the Perplexed of Maimonides, Volume 3 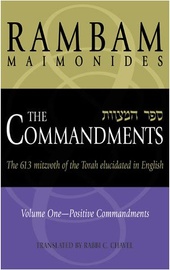 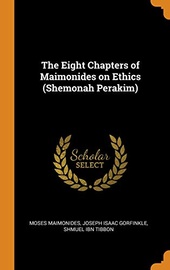 The Eight Chapters of Maimonides on Ethics (She... 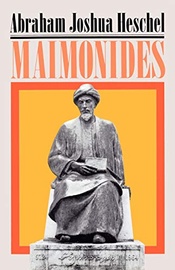 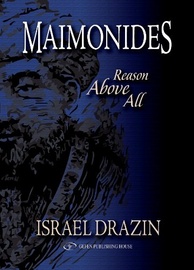 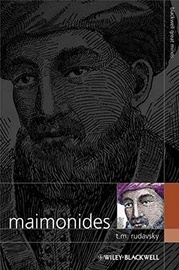 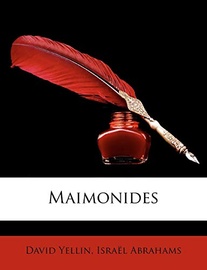 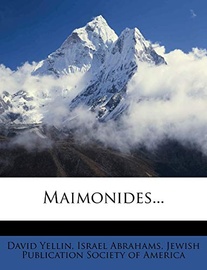 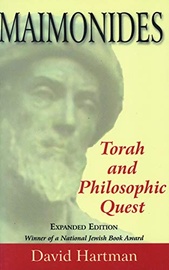 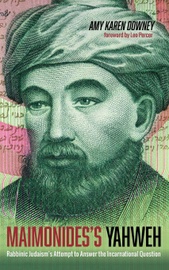 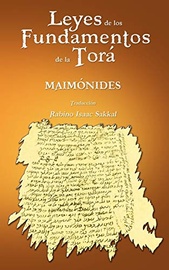 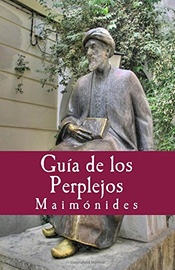 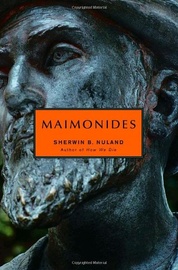