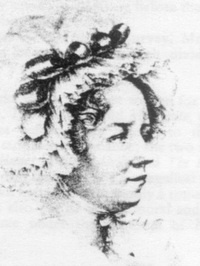 Mary Martha Sherwood (née Butt; 6 May 1775 – 22 September 1851) was a prolific and influential writer of children's literature in 19th-century Britain. She composed over 400 books, tracts, magazine articles, and chapbooks. Among her best known works are The History of Little Henry and his Bearer (1814), The History of Henry Milner (1822–37), and The History of the Fairchild Family (1818–47). While Sherwood is known primarily for the strong evangelicalism that coloured her early writings, her later works are characterized by common Victorian themes, such as domesticity.

Sherwood's childhood was uneventful, although she recalled it as the happiest part of her life. After she married Captain Henry Sherwood and moved to India, she converted to evangelical Christianity and began to write for children. Although her books were initially intended only for the children of the military encampments in India, the British public also received them enthusiastically. The Sherwoods returned to England after a decade in India and, building upon her popularity, Sherwood opened a boarding school and published scores of texts for children and the poor.

Many of Sherwood's books were bestsellers and she has been described as "one of the most significant authors of children's literature of the nineteenth century". Her depictions of domesticity and Britain's relationship with India may have played a part in shaping the opinions of many young British readers. However, her works fell from favor as a different style of children's literature came into fashion during the late nineteenth century, one exemplified by Lewis Carroll's playful and nonsensical Alice's Adventures in Wonderland.

(from Wikipedia)
FILTER BY
SORT BY
Sort By