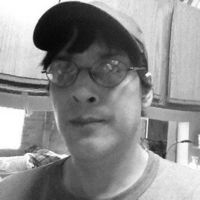 Oliver has gotten every answer correct on the standardized IQ test and has always been talented in whatever art form he dabbled in, limited only by the bounds of his interest. He has won an Art recognition award in grade school. He also happens to be a very accomplished Classical Guitarist, a concert musician. And he was awarded best poet of the year in 2009 for his poem, 'You're like the moon' featured in his book of poetry: the complete works by Oliver Oyanadel. Having been heavily influenced years earlier by his high school Professor in English Literature 101, he learned the science of dream analysis and symbolism as well as many different philosophical and theological approaches to reading and writing. And was encouraged in college to publish for a local Newspaper.

His first published novel, 'The Book of the Living' was actually a sequel to an unpublished work called, 'The Burn is the Other Side', in which he wrote about a teenager's introduction to and life on drugs. However, publishers were looking for something more on the comedic side than his serious and honest portrayal of a tormented soul on the psychedelic trip and its exhilarating astonishment. Although the unpublished novel did yield a short story from a revised chapter about tripping out at the airport he placed in his book of short stories, 'Little Arson Annie', where he also snuck in an experience in which he had visited heaven alive as well, in the title short story itself, 'Little Arson Annie'. Hence, his book entitled, 'How To Visit Heaven Alive' was born. In this book, he begins with a short piece of mathematical information too sensitive for the general public, which was his ticket on board the Creator's mobile throne, otherwise known as the Merkabah in Hebrew. His ticket on the Merkabah was more thoroughly revealed in the non-fiction Physics paper 'Unified Field Theory Solved'.

By the year 2017, Oliver has published 12 books, including novels, short stories, poetry, Prophecy, children's books, self-help books and other non-fiction, including theoretical physics of mathematical astrophysics and particle physics combined. And some books, his theological philosophy is without denomination, but not entirely without foundation. For this mystery solved, the spoiler would be too profound, to say the least. It is better left to his up and coming books, be it fiction or not. He will decide.

**Interviews conducted in person by Alec Marcolin, Ph.D. A long time friend and contemporary.
FILTER BY
SORT BY
Sort By