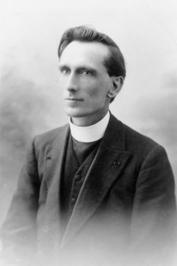 Oswald Chambers was born to devout parents in Aberdeen, Scotland. At age 16, Oswald Chambers was baptized and became a member of Rye Lane Baptist Chapel. Even as a teenager, Chambers was noted for his deep spirituality, and he participated in the evangelization of poor occupants of local lodging houses. Oswald married Gertrude in May 1910, and on May 24, 1913, Gertrude gave birth to their only child, Kathleen. In 1915, a year after the outbreak of World War I, Chambers was accepted as a YMCA chaplain. He was assigned to Zeitoun, Cairo, Egypt, where he ministered to Australian and New Zealand troops, who later participated in the Battle of Gallipoli. Soon his wooden-framed "hut" was packed with hundreds of soldiers listening attentively to his messages. Confronted by a soldier who said, "I can't stand religious people," Chambers replied, "Neither can I." Chambers was stricken with appendicitis on October 17, 1917 but resisted going to a hospital on the grounds that the beds would be needed by men wounded in the long-expected Third Battle of Gaza. On October 29th, a surgeon performed an emergency appendectomy, but Chambers died November 15, 1917 from a hemorrhage of the lungs. He was buried in Cairo with full military honors. Gertrude, for the remainder of her life published books and articles for him edited from the notes she had taken in shorthand from his sermons. Most successful of the thirty books was, "My Utmost for His Highest", which has never been out of print and has been translated into 39 languages.
Format
paperback
hardcover
calendar
imitation leather
leather bound
mass market paperback
spiral-bound
Language
english
spanish
german
Brand
dayspring store
Manufacturer
dayspring
Condition
used
new 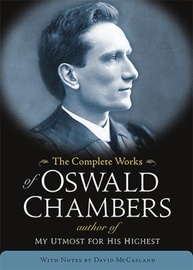 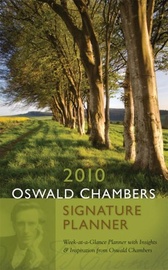 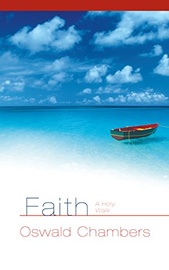 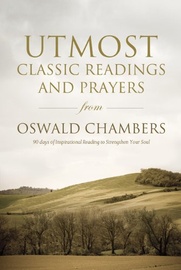 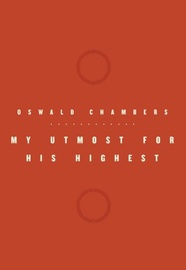 My Utmost for His Highest (Oswald Chambers Libr... 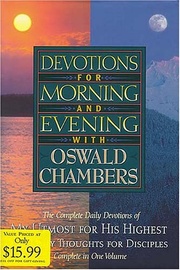 Devotions for Morning and Evening with Oswald C... 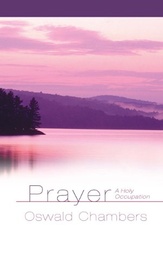 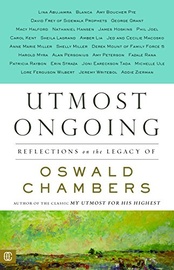 Utmost Ongoing: Reflections on the Legacy of Os... 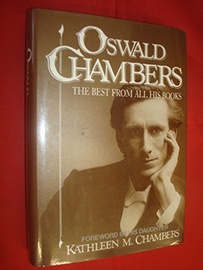 Oswald Chambers: The Best from All His Books 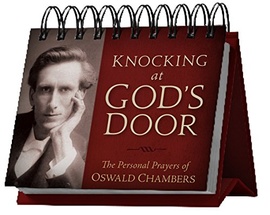 Knocking at God's Door: The Personal Prayers of... 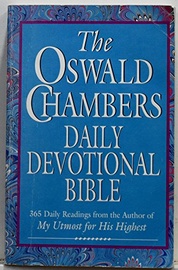 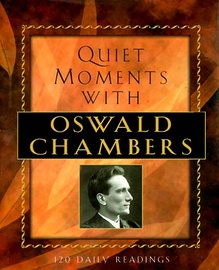 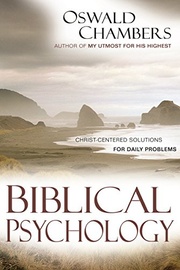 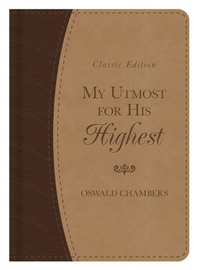 My Utmost for His Highest Classic Gift Edition ... 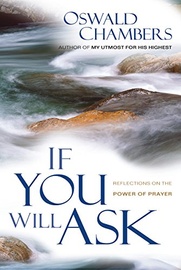 If You Will Ask: Reflections on the Power of Pr... 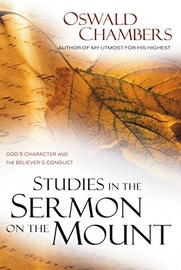 Studies in the Sermon on the Mount: God's Chara... 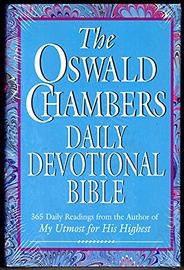 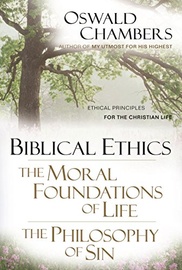