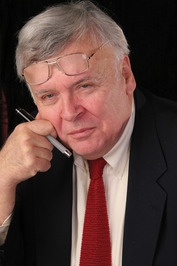 Paul Dickson is the author of more than 45 nonfiction books and hundreds of magazine articles. Although he has written on a variety of subjects from ice cream to kite flying to electronic warfare, he now concentrates on writing about the American language, baseball and 20th century history.


Dickson, born in Yonkers, NY, graduated from Wesleyan University in 1961 and was honored as a Distinguished Alumnae of that institution in 2001. After graduation, he served in the U.S. Navy and later worked as a reporter for McGraw-Hill Publications.
Since 1968, he has been a full-time freelance writer contributing articles to various magazines and newspapers, including Smithsonian, Esquire, The Nation, Town & Country, The New York Times, The Los Angeles Times, and The Washington Post and writing numerous books on a wide range of subjects.
He received a University Fellowship for reporters from the American Political Science Association to do his first book, Think Tanks (1971). For his book The Electronic Battlefield (1976), about the impact automatic weapons systems have had on modern warfare, he received a grant from the Fund for Investigative Journalism to support his efforts to get certain Pentagon files declassified.

His book The Bonus Army: An American Epic, written with Thomas B. Allen,was published by Walker and Co on February 1, 2005. It tells the dramatic but largely forgotten story of the approximately 45,000 World War I veterans who marched on Washington in the summer of 1932, at the height of the Great Depression, to demand early payment of a bonus promised them for their wartime service and of how that march eventually changed the course of American history and led to passage of the GI Bill-- the lasting legacy of the Bonus Army. A documentary based on the book aired on PBS stations in May 2006 and an option for a feature film based on the book has been sold.
Dickson's most recent baseball book, The Hidden Language of Baseball: How Signs and Sign Stealing Have Influenced the Course of our National Pastime, also by Walker and Co, was first published in May, 2003 and came out in paperback in June, 2005. It follows other works of baseball reference including The Joy of Keeping Score, Baseballs Greatest Quotations, Baseball the Presidents Game and The New Dickson Baseball Dictionary, now in it's second edition. A third edition is currently in the works. The original Dickson Baseball Dictionary was awarded the 1989 Macmillan-SABR Award for Baseball Research.
Sputnik: the Shock of the Century, another Walker book, came out in October, 2001 and was subsequently issued in paperback by Berkeley Books. Like his first book, Think Tanks (1971), and his latest, Sputnik was born of his first loveinvestigative journalism. Dickson is working on a feature documentary about Sputnik with acclaimed documentarians David Hoffmanand Kirk Wolfinger.
Two of his older language books, Slang and Label For Locals came out in the fall of 2006 in new and expanded versions.

Dickson is a founding member and former president of Washington Independent Writers and a member of the National Press Club. He is a contributing editor at Washingtonian magazine and a consulting editor at Merriam-Webster, Inc and is represented by Premier Speakers Bureau, Inc. and the Jonathan Dolger Literary agency.
He currently lives in Garrett Park, Maryland with his wife Nancy who works with him as his first line editor, and financial manager."
Format
paperback
Language
english
Condition
used
new 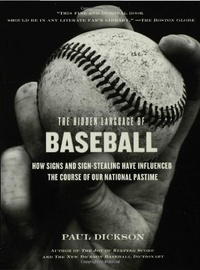 The Hidden Language of Baseball 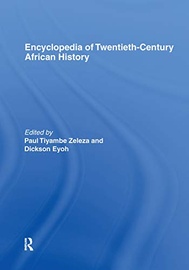