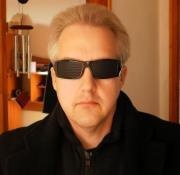 "Paul StJohn Mackintosh is one of those writers who just seems to quietly get on with the business of producing great fiction" - Paul Michaels, This is Horror

Paul StJohn Mackintosh is a Scottish poet, writer of weird and dark fiction, translator and journalist. Born in 1961, he was educated at Trinity College, Cambridge, has lived and worked in Asia and Central Europe, and currently divides his time between Hungary and other locations.

Paul's first collection of dark/weird/transgressive fiction, Black Propaganda, appeared from H. Harksen Productions in May 2016. His second story collection, The Echo of The Sea & other Strange War Stories, was published by Egaeus Press in October 2017. His novella The Three Books was published by Black Shuck Books in March 2018. Paul's dark, fantastic and Lovecraftian fiction has appeared in numerous formats and journals worldwide, including Weirdbook, Ghosts & Scholars, and a number of anthologies.

Paul's short story 'The People of the Island,' in Eldritch Horrors: Dark Tales, from H. Harksen Productions, received an Honorable Mention from Ellen Datlow in her 'Best Horror of the Year Volume Two' list for 2009, and his story 'The First Circus of the New Year' received the same in 2016. His acclaimed first poetry collection, The Golden Age, was published by Bellew Publishing in 1997, and reissued on Kindle in 2013, and his second poetry collection, The Musical Box of Wonders, was published by H. Harksen Productions in 2011. His co-translations from the Japanese, done with Maki Sugiyama, include The Poems of Nakahara Chuya (1993) and Nip the Buds, Shoot the Kids (1995) by the 1994 Nobel Prize-winner Kenzaburo Oe, which won a Japan Festival Award. He translated the poems for the Japanese photo-travelogue and exhibition catalogue Utamakura (Asuka Historical Museum, 1998). He also co-translated Superstrings (2007) by Dinu Flamand from Romanian with Olga Dunca.

Paul is an Associate Editor for the US books, publishing and literary website Teleread.org, writing regularly on cultural and publishing matters, and has been rated #1 of "The 12 Publishing Shakers You Should Be Following" by The Independent Publishing Magazine. He writes and reviews regularly for outlets including Strange Horizons, the Los Angeles Review of Books, Weirdbook, the Lovecraft eZine, See the Elephant, Ginger Nuts of Horror, and elsewhere. He has co-produced award-winning short films with his ex-wife, the Hungarian filmmaker Lilla Bán. He is an active member of the BDSM community and an occasional contributor to Skin Two. He is also official clan poet of Clan Mackintosh. 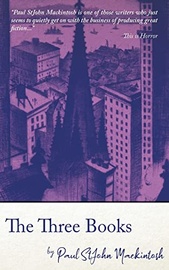