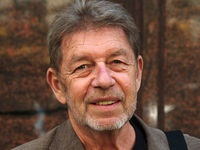 Pete Hamill was a novelist, essayist and journalist whose career has endured for more than forty years. He was born in Brooklyn, N. Y. in 1935, the oldest of seven children of immigrants from Belfast, Northern Ireland. He attended Catholic schools as a child. He left school at 16 to work in the Brooklyn Navy Yard as a sheetmetal worker, and then went on to the United States Navy. While serving in the Navy, he completed his high school education. Then, using the educational benefits of the G.I. Bill of Rights, he attended Mexico City College in 1956-1957, studying painting and writing, and later went to Pratt Institute. For several years, he worked as a graphic designer. Then in 1960, he went to work as a reporter for the New York Post. A long career in journalism followed. He has been a columnist for the New York Post, the New York Daily News, and New York Newsday, the Village Voice, New York magazine and Esquire. He has served as editor-in-chief of both the Post and the Daily News. As a journalist, he covered wars in Vietnam, Nicaragua, Lebanon and Northern Ireland, and has lived for extended periods in Mexico City, Dublin, Barcelona, San Juan and Rome. From his base in New York he also covered murders, fires, World Series, championship fights and the great domestic disturbances of the 1960s, and wrote extensively on art, jazz, immigration and politics. He witnessed the events of September 11, 2001 and its aftermath and wrote about them for the Daily News.

At the same time, Hamill wrote much fiction, including movie and TV scripts. He published nine novels and two collections of short stories. His 1997 novel, Snow in August, was on the New York Times bestseller list for four months. His memoir, A Drinking Life, was on the same New York Times list for 13 weeks. He has published two collections of his journalism (Irrational Ravings and Piecework), an extended essay on journalism called News Is a Verb, a book about the relationship of tools to art, a biographical essay called Why Sinatra Matters, dealing with the music of the late singer and the social forces that made his work unique. In 1999, Harry N. Abrams published his acclaimed book on the Mexican painter Diego Rivera. His novel, Forever, was published by Little, Brown in January 2003 and became a New York Times bestseller. His most recently published novel was North River (2007).

In 2004, he published Downtown: My Manhattan, a non-fiction account of his love affair with New York, and received much critical acclaim. Hamill was the father of two daughters, and has a grandson. He was married to the Japanese journalist, Fukiko Aoki, and they divided their time between New York City and Cuernavaca, Mexico. He was a Distinguished Writer in Residence at New York University.

Author photo by David Shankbone (September 2007) - permission is granted to copy, distribute and/or modify this document under the terms of the GNU Free Documentation License, Version 1.2 or any later version published by the Free Software Foundation.
Format
paperback
Language
english
Condition
used 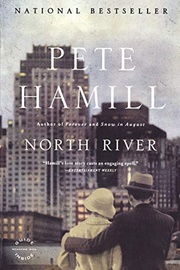