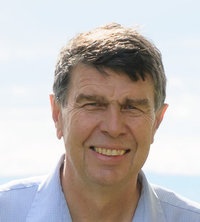 Peter Kazmaier is the award-winning author of five books. The Halcyon Cycle is Peter Kazmaier’s first book series. In writing this colonization epic, he has been able to pursue a life-long dream of writing fast-paced novels that explore the intersection between adventure, science, faith, and philosophy.

His third novel, The Battle for Halcyon won the 2016 Word Award in the category of Speculative Fiction. This sequel to The Halcyon Dislocation follows the fate of the dislocated University of Halcyon and the splinter colony Eleytheria as they fight for survival in a parallel world.

Peter has begun a new series with the publication of Coventry 2091, his fifth novel. This story follows the surprising adventures of Jacob Kraiser as he’s sent to a penal colony in Canada’s Canadian Shield. In Peter’s current manuscript he continues the saga of Coventry’s quest for freedom. This manuscript is provisionally entitled Coventry Peril.

Peter’s experience as a researcher in chemistry has enabled him to bring authentic scientific insight to his futuristic fiction stories.

J. R. R. Tolkien’s Lord of the Rings, C. S. Lewis’ The Chronicles of the Narnia , and Stephen R. Lawhead’s trilogy, Song of Albion are among his favorite and best-loved books. He also very much enjoys science fiction classics such as Robert Heinlein’s Tunnel in the Sky as well as Jim Butcher’s Codex Alera fantasy series.