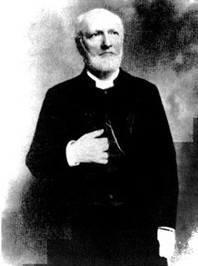 Philip Schaff was educated at the gymnasium of Stuttgart, and at the universities of Tübingen, Halle and Berlin, where he was successively influenced by Baur and Schmid, by Tholuck and Julius Müller, by David Strauss and, above all, Neander. At Berlin, in 1841, he took the degree of B.D., and passed examinations for a professorship. He then traveled through Italy and Sicily as tutor to Baron Krischer. In 1842 he was Privatdozent in the University of Berlin, where he lectured on exegesis and church history. In 1843 he was called to become professor of church history and Biblical literature in the German Reformed Theological Seminary of Mercersburg, Pennsylvania, then the only seminary of that church in America.
On his journey he stayed in England and met Edward Pusey and other Tractarians. His inaugural address on The Principle of Protestantism, delivered in German at Reading, Pennsylvania, in 1844, and published in German with an English version by John Williamson Nevin was a pioneer work in English in the field of symbolics (that is, the authoritative ecclesiastical formulations of religious doctrines in creeds or confessions). This address and the "Mercersburg Theology" which he taught seemed too pro-Catholic to some, and he was charged with heresy. But, at the synod at York in 1845, he was unanimously acquitted.
Schaff's broad views strongly influenced the German Reformed Church, through his teaching at Mercersburg, through his championship of English in German Reformed churches and schools in America, through his hymnal (1859), through his labours as chairman of the committee which prepared a new liturgy, and by his edition (1863) of the Heidelberg Catechism. His History of the Apostolic Church (in German, 1851; in English, 1853) and his History of the Christian Church (7 vols., 1858-1890), opened a new period in American study of ecclesiastical history.
In 1854, he visited Europe, representing the American German churches at the ecclesiastical diet at Frankfort and at the Swiss pastoral conference at Basel. He lectured in Germany on America, and received the degree of D.D. from Berlin.
In consequence of the ravages of the American Civil War the theological seminary at Mercersburg was closed for a while and so in 1863 Dr. Schaff became secretary of the Sabbath Committee (which fought the “continental Sunday”) in New York City, and held the position till 1870. In 1865 he founded the first German Sunday School in Stuttgart. In 1862-1867 he lectured on church history at Andover.

Schaff was a member of the Leipzig Historical Society, the Netherland Historical Society, and other historical and literary societies in Europe and America. He was one of the founders, and honorary secretary, of the American branch of the Evangelical Alliance, and was sent to Europe in 1869, 1872, and 1873 to arrange for the general conference of the Alliance, which, after two postponements on account of the Franco-Prussian War, was held in New York in October 1873. Schaff was also, in 1871, one of the Alliance delegates to the emperor of Russia to plead for the religious liberty of his subjects in the Baltic provinces.

He became a professor at Union Theological Seminary, New York City in 1870 holding first the chair of theological encyclopedia and Christian symbolism till 1873, of Hebrew and the cognate languages till 1874, of sacred literature till 1887, and finally of church history, till his death. He also served as president of the committee that translated the American Standard Version of the Bible, though he died before it was published in 1901.
His History of the Christian Church resembled Neander's work, though less biographical, and was pictorial rather than philosophical. He also wrote biographies, catechisms and hymnals for children, manuals of religious verse, lectures and essays on Dante, etc. He translated Johann Jakob Herzog's Real-Encyklopädie für protestantische Theologie und Kirche into English. 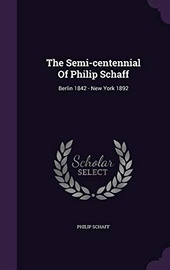 The Semi-centennial Of Philip Schaff: Berlin 18... 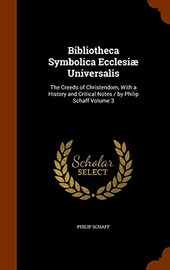 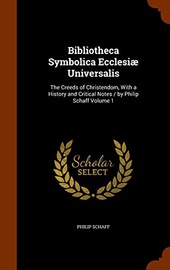 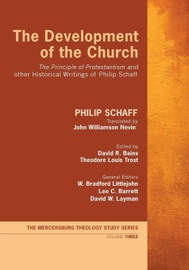 The Development of the Church: "The Principle o... 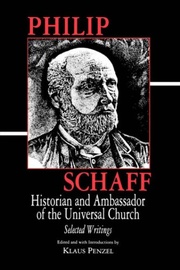 Philip Schaff: Historian And Ambassador Of The ... 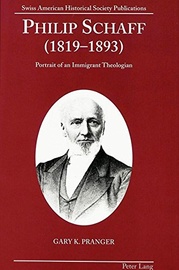 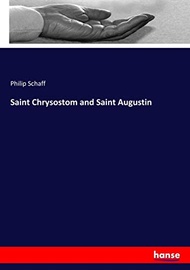 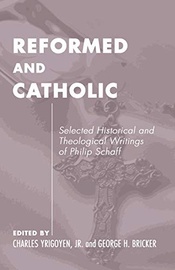 Reformed and Catholic: Selected Historical and ... 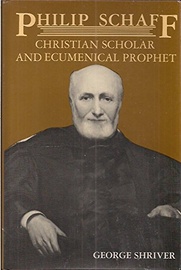 History Of The Christian Church 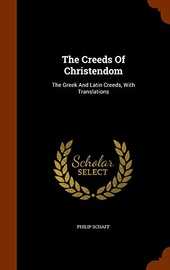 The Creeds Of Christendom: The Greek And Latin ... 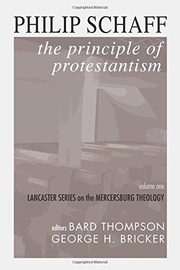 The Principle of Protestantism: Lancaster Serie... 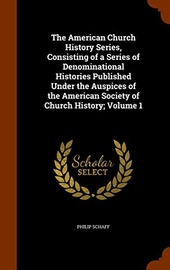 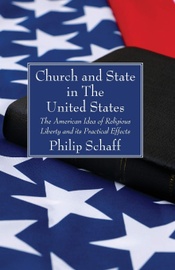 Church and State in The United States: The Amer... 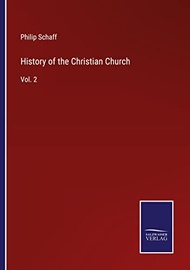 History of the Christian Church: Vol. 2 The New Schaff-herzog Encyclopedia Of Religious... 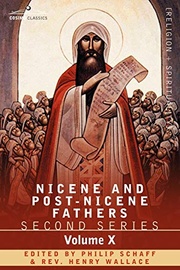 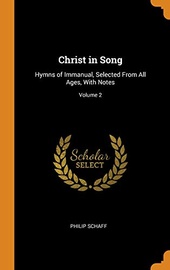 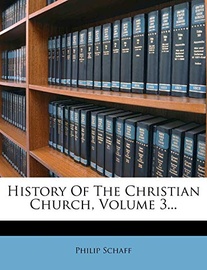 History of the Christian Church, Volume 3... 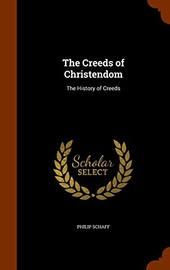 The Creeds of Christendom: The History of Creeds