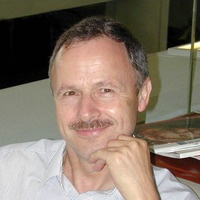 Roger Gosden chose a career in medical science but has a lifelong passion for nature and writing. He holds doctorates from Cambridge and Edinburgh Universities where he began a research career under Robert Edwards (Nobel Prize, 2010). He was a research director and professor of reproductive science in Edinburgh, Leeds, McGill, and Eastern Virginia, and his last post was at Weill Medical College of Cornell University in New York City. In addition to around 300 scientific articles and books, he has been a journal editor, conference organizer and broadcaster, and writer for newspapers and magazines. He is married to Dr. Lucinda Veeck Gosden who was the embryologist for the first successful in vitro fertilization program in America. They live in Williamsburg, Virginia.