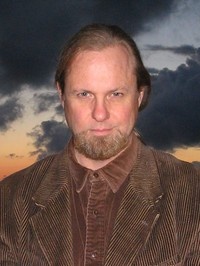 Born in the filmmaking capital of the world, Hollywood, California, Scott Shaw spent his early youth in South Los Angeles before returning to Hollywood for his adolescence. Shaw began writing poetry and long-form prose at a very young age. As his teenage years dawned he also added songwriting to his creative process.

Shaw was first published by poetry magazine in the 1970s. He continued forward and found an audience for his poetry and biographical literary fiction via journals and small presses from the 1970s into the 1980s.

By the end of the 1980s Scott Shaw had become a mainstay of martial art publications. This was based on his years of training in the Korean martial arts of Hapkido and Taekwondo, which began at the age of six years old. He also found that his writing on Yoga and Zen Buddhism were embraced due to his life-long emersion in mysticism.

Shaw, who has spent many years returning to, living, studying, and teaching in various geographical locations throughout Asia, has maintained his focus on this process and continues to be conduit for bringing Asian understandings to the Western mind. Hand-in-hand with his travels, Shaw emerged as a definitive photographer.

As the 1990s dawned, Shaw expanded his ability of capturing still images onto filmmaking. At this point he developed a new style of filmmaking that he titled, Zen Filmmaking. With Zen Filmmaking as his basis he moved forward and has made numerous films based upon this ideology.

To date, Scott Shaw has witnessed his writings published on a vast array of subjects. He maintains his focus on Eastern mysticism and the martial arts while continuing to break new ground with his works of poetry and literature.
Format
hardcover
Language
english
Condition
new
used 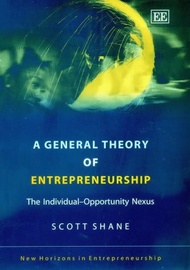 A General Theory of Entrepreneurship: The Indiv...