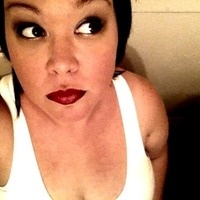 S.L. Walker is a native of the Dallas-Fort Worth Metroplex.
Most of her released titles our steeped in Erotica, as she believes it is about mutuality and a common bond between all adult readers. Most reviews of her work include the hint of the macabre and the shocking illusion of realism that hinders the mind from accepting it as a fictional piece of work.
In 2012, her love of writing came as a therapy for her concussion suffered in a biking accident. It was then that she independently published her first novella “Becoming Brittany” as a part of a series entitled “The Accidental Killer Series”. Two years later she had finished the series in publication, as well as began a new Science Fiction Dystopian Romance titled “The Warmth, Part I.” She also wrote the omitted chapters, only available in published format, of “Ma Nouvelle Vie: Wrecked” for Fray’d Tag Publishing in their collaborative fiction effort. Her short story "Gryneli" was published in a short story collection by Hammered Horror Publishing entitled "Femme Fatal" in October 2015.

You can find more content about S.L. Walker at http://authorslwalker.weebly.com/