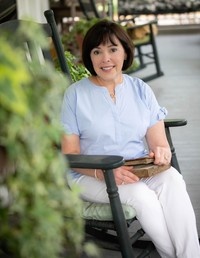 After teaching literature, composition, and creative writing to thousands of AP high school and college students for 33 years, Susan Beckham Zurenda turned her attention to putting a novel in her heart on paper, the genesis of which was a short story that won the South Carolina Fiction prize some years ago. Among other accolades, her debut novel, Bells for Eli (Mercer University Press, March 2020, paperback March 2021), was selected as a Foreword Indie Book Award finalist, a Winter 2020 Okra Pick by the Southern Independent Booksellers Alliance, finalist in American Book Fest Best Book Awards, 2020 Notable Indie in Shelf Unbound, and nominated for a 2021 Puschcart Prize. Susan has won a number of regional short fiction awards such as the South Carolina Fiction Prize (twice), the Porter Fleming Competition, The Southern Writers Symposium Emerging Writers Fiction Contest, The Hub City Hardegree Contest in Fiction, Alabama Conclave First Novel Chapter Contest, and The Jubilee Writing Competition. She has been published in numerous literary journals.

Susan received her undergraduate and graduate degrees in English and now works as a book publicist managing media relations for Magic Time Literary Publicity. Writing and the love of literature have been central in her life since early childhood, perhaps beginning when her father read poetry to her and her brother at bedtime. Her earliest public writings were skits she wrote for her friends to perform at occasions ranging from junior high talent shows to an annual entertainment program at Girl Scout summer camp. 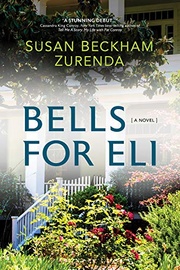