< Back to author list
Susan Swan (born 9 June 1945) is a Canadian author, journalist, and professor. Susan Swan writes classic Canadian novels. Her fiction has been published in 20 countries and translated into 10 languages. Born in Midland, Ontario, she studied at McGill University. Her novels include The Biggest Modern Woman in the World (1983), The Last of The Golden Girls (1989), The Wives of Bath (1993), What Casanova Told Me (2004), and The Western Light (2012). Swan's latest novel is The Dead Celebrities Club (2019). The Globe and Mail called it a "timely tale of greed and corruption, worthy of the age". The Wives of Bath was made into the film Lost and Delirious in 2001, starring Piper Perabo, Jessica Paré, and Mischa Barton. The film was listed in the official selection in the Sundance Film Festival. Her first novel, The Biggest Modern Woman of the World, about a Canadian giantess related to Swan who exhibited with PT Barnum, is being made into a television series.Swan currently mentors graduate students in creative writing MA’s at the University of Toronto and Guelph University. She is a cofounder of the Carol Shields Prize for Fiction which is open to Canadian and American women fiction writers. She was the Robarts Scholar for Canadian Studies at York University from 1999 to 2000 and taught in the Faculty of Humanities at York University from 1991-2007 before retiring as a professor to concentrate on her writing. She has participated in the Humber College Humber Writer's Circle at Lakeshore Campus and was Chair of The Writers' Union of Canada for 2007–2008.
Format
paperback
Language
english
Condition
new
used 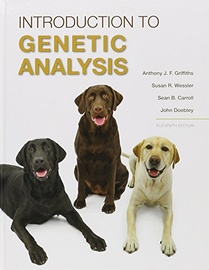 An Introduction to Genetic Analysis + Solutions...