“Whenever I picture myself [as a child],” says Tad Hills, “I am doing art. I spent a lot of time on my own making things, drawing, and painting.” Hills was not consciously trying to become an artist, rather his motives were innocent and pure. “I liked making things,” he says.

As a graduate of Skidmore College in New York with a degree in art, Hills describes himself as the ultimate freelancer. He’s done some acting, made jewelry, makes fake teeth for stage productions, dabbled in interior renovation, and illustrated book jackets for adult trade books. But Hills’ break into children’s publishing coincided with his wife Lee’s new position as the art director for Simon and Schuster’s children’s book division. “Lee used to ask me to try illustrating some books she couldn’t find an illustrator for,” Hills says. When Lee moved to Random House to start her own imprint with long-time friend and associate, Ann Schwartz, she encouraged Hills to write his own picture books. “I started with four stories,” says Hills. His break out book, Duck and Goose (Schwartz and Wade, 2006) was one of them.

The idea for Duck and Goose started with only a title—The Silly Goose, the Odd Duck and the Good Egg. As Hills developed the story, he realized his egg would have to be rather large to support Duck and Goose so they could hatch it. Hills also had to consider what would hatch out of such a large egg. A dinosaur? An ostrich? Additionally, Hills floated the title by his son’s kindergarten class and was rewarded with blank stares. Hills took the hint and changed his egg to a ball, and changed the title.

“For me, the writing is really difficult. I stare at a blank page for hours,” he says. “When Lee comes home and asks me about my day, I say it was okay. I wrote one sentence. . .But when I’m in the zone, I literally hear the dialogue between [Duck and Goose]. They were telling me what they wanted to say! That is the best feeling. That is when it’s not work. It’s fun!”

Hills paints with water-soluble oil paint on paper, using colored pencils for the last details. Although Hills’ Duck and Goose characters look simple enough, he drew hundreds of ducks and geese before finding a style with which he was comfortable. “The first ones [I drew] were older looking,” he says. “They looked like cigar-smoking tough guys.” Over a matter of months, Hills finally pared down Duck and Goose to their essential elements—circular heads, long rectangular legs, triangular feet, and door-shaped beaks. “When I apply the eyebrow,” he says, “I can express what Duck is feeling.”

As Hills’ two children grow, he finds himself drawn to how kids treat each other. “I didn’t tolerate meanness or injustice as a kid,” he says. In Duck, Duck, Goose (Schwartz and Wade, 2007), Hills creates a friendship triangle by introducing a new duck named Thistle. Together Duck, Goose, and Thistle give Hills’ observations a voice and provide several conversation starters for parents and children.

Hills writes from his home in Brooklyn, New York. Some days he doesn’t write at all, but tries to stay receptive to what he’s experiencing. “Most of my ideas come to me when I’m not looking,” he says. “It’s hard to get yourself to a point where ideas are out there and you can grab them.” 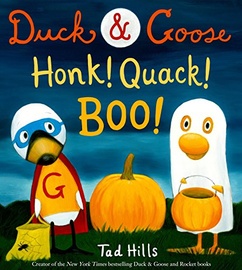 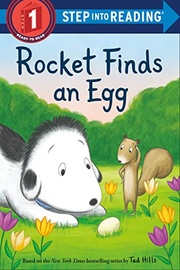 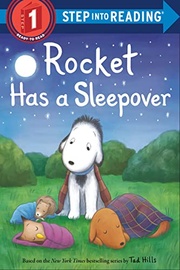 Rocket Has a Sleepover (Step into Reading) 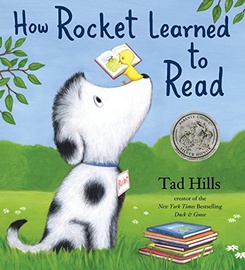 How Rocket Learned to Read 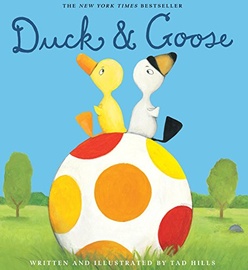 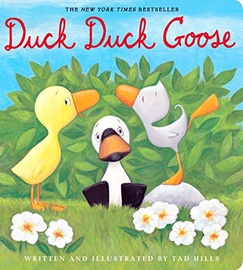 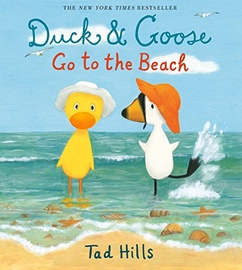 Duck & Goose Go to the Beach 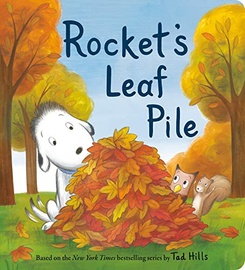 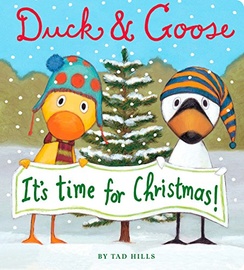 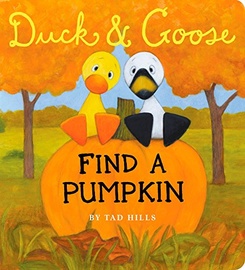 Duck & Goose, Find a Pumpkin (Oversized Board B... 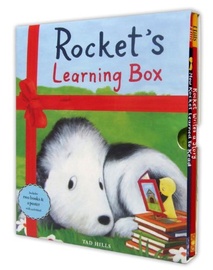 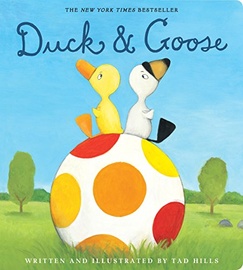 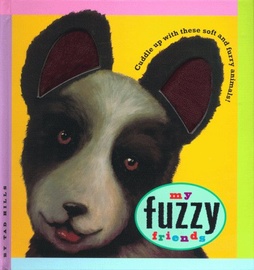 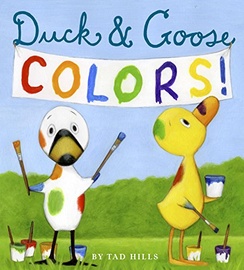 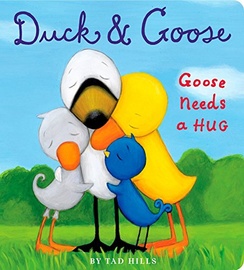 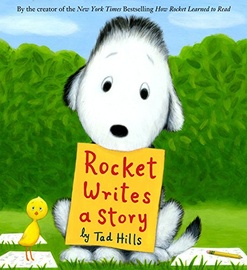 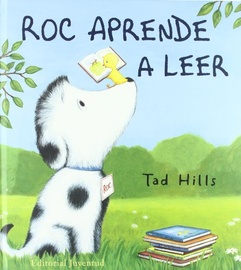 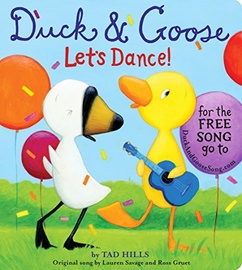 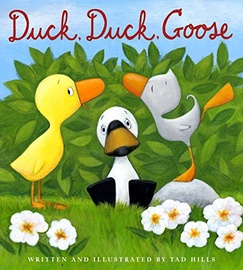 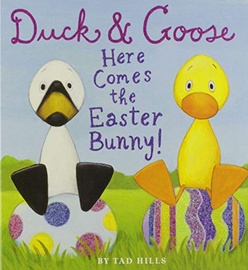