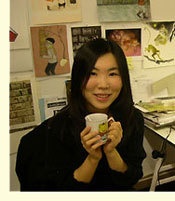 She studied Korean brush painting at Hong Ik University in Korea, and moved to New York to attend graduate school in illustration at The School of Visual Arts. While she studied in graduate school, she was influenced by one of her teachers, Bruce Waldman, a famous etcher. She made her first children's book using etching. Her work has appeared in Cricket, Ladybug, and The New York Times. Her first picture book, The Little Red Fish will be published by Dial Books for Young Readers in 2007. She is currently working on The Umbrella Queen by Shirin Yim Bridges, to be published by Greenwillow Books, and Only a Witch Can Fly by Alison McGhee, forthcoming from Feiwel & Friends. Taeeun lives in New York City and enjoys walking on the streets, listening to street musicians, and drawing on location.
Format
hardcover
Language
english
Condition
new
used 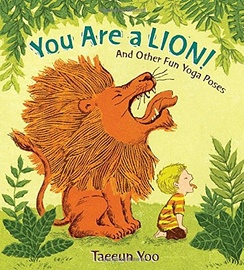 You Are a Lion!: And Other Fun Yoga Poses