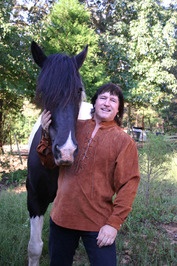 Ted Andrews was an internationally recognized author, storyteller, teacher, and mystic. A leader in the human potential, metaphysical, and psychic fields, he wrote over 36 books which have been translated into more than two dozen foreign languages. He was featured on many national and local TV and radio programs every year. He won more Visionary Awards than any other author.

Ted was a worldwide acclaimed speaker and teacher. He presented sold-out seminars to thousands of people throughout the US and Canada every year, and his appearances were just as popular and in demand in the United Kingdom, Europe and parts of Asia. In May 2002 he was specially invited to speak to the UNSRC at the United Nations in New York for his writings and work with animals.

This award-winning and best-selling author was involved in the serious study of the esoteric and occult for more than 40 years, and he brought to the field an extensive formal and informal education. He served the public school system for ten years as a teacher and counselor, 7 of which were spent working with disadvantaged students, creating a special needs reading program for which he received both local and state recognition.

Called a true Renaissance man, Ted was trained in music, playing the piano since the age of 12. He composed, performed and produced the music for ten audiocassettes. He could even scratch out a tune or two on the violin/fiddle. He was a longtime student of sacred dance, ballet and Kung Fu. Ted was also schooled in a variety of related holistic healing modalities, including music therapy, herbology, hypnotherapy, acupressure and other alternative techniques. A clairvoyant since childhood, he was also a certified spiritualist medium for nearly 30 years.

Probably best known for his work with animals, Ted held state and federal permits to work with birds of prey. He performed wildlife rescue and worked in wildlife rehabilitation and education. He conducted animal education and storytelling programs with his animals in school classrooms throughout the year, giving freely of his own time and expense to help young people discover the wonder of animals and nature. In his spare time, he enjoyed hanging out with his menagerie of animals, training and playing with his horses and ballroom dancing.
Format
paperback
Language
spanish
Condition
used 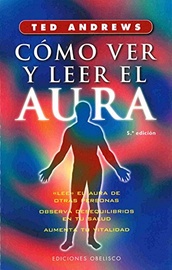